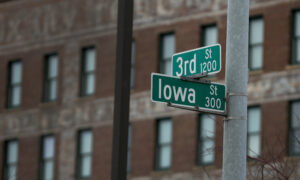 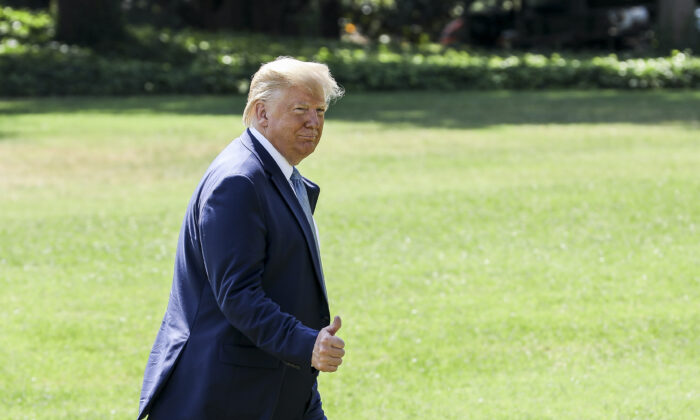 President Trump recently nominated a group of judges for posts in federal districts based in California, including two nominees for the U.S. Court of Appeals for the Ninth Circuit.

If they are confirmed, Patrick J. Bumatay of California and Lawrence VanDyke of Nevada, would serve on the largest court of appeals in the country.

The San Francisco-based Ninth Circuit — which encompasses California, Arizona, Alaska, Hawaii, Montana, Nevada, Idaho, Guam, Oregon, and Washington — has long leaned liberal, but the reshaping that has occurred during the Trump administration has reportedly shifted the court in a more moderate direction.

Trump’s appointment campaign is currently responsible for seven new federal judges. As a result, almost half of the 29 seats are held by GOP appointees.

Trump nominated Bumatay, who is openly gay, for the same position last year, but Democratic California Senators Dianne Feinstein and Kamala Harris objected to what they referred to as Bumatay’s lack of experience. Trump rescinded his nomination until this year. Both California senators echoed those sentiments again when Bumatay received his second nomination.

“Once again, the president has put forth a highly flawed nominee to the Ninth Circuit, without the support of California’s senators,” Harris said in a statement. “I first objected to Mr. Bumatay after his initial nomination to the Ninth Circuit a year ago and again raised concerns about his qualifications and fitness when he was nominated for the district court.”

“Mr. Bumatay has a troubling prosecutorial record, lacks the requisite experience, and has drawn criticism from members of California’s legal community,” said Harris, whose own track record as a prosecutor has come under scrutiny during her bid for presidency.

Senator Feinstein, the senior Democrat on the Senate Judiciary Committee, which confirms nominees, claimed in a statement that Bumatay has “no judicial experience.”

Mike Davis, president of the Article III Project, which supports Trump’s judicial nominees, told The Washington Times that, “The Democrats play identity politics and they don’t want President Trump to nominate Patrick Bumatay, a highly qualified judicial nominee, who happens to be gay, to the court of appeals.”

Trump’s nominations also drew criticism from Feinstein because the President did not follow the custom of consulting with home-state senators — a time-honored process known as the “blue slip” tradition, wherein Senators from the nominees’ state present a favorable or unfavorable opinion of the federal judicial nominee on what was historically a blue sheet of paper.

Trump’s bypassing of the blue slip tradition, which is by no means a legal requirement, prompted Feinstein to lament, “This disregard of blue slips represents another breakdown of Senate traditions.”

Once confirmed, Bumatay would be the eighth judge Trump placed in the Ninth Circuit. Trump has already successfully nominated 152 Article III Judges since 2017 — an achievement that Senate Majority Leader Mitch McConnell called “a ‘Judicial Renaissance’ Of ‘Dozens of Constitutionalist Judges [Who] Will Influence The Direction Of The Law For A Generation.”

Since 2012, Bumatay has been the federal prosecutor in the U.S. Attorney’s Office for the Southern District of California in San Diego, where he serves as a member of the Criminal Enterprises and Narcotics sections.

After earning his B.A. from Yale University and his J.D. from Harvard Law School, Bumatay worked as a law clerk for the Tenth Circuit Court of Appeals as well as the U.S. District Court for the Eastern District of New York.

Bumatay is a member of the National Filipino American Lawyers Association and the Tom Homann LGBT Law Association, among others.

Trump’s other nominee to the Ninth Circuit, Lawrence VanDyke, is currently a deputy assistant attorney general in the environmental and natural resources division.

“You couldn’t ask for a better lawyer or a man of more exemplary character,” said Carrie Severino, chief counsel for the conservative Judicial Crisis Network and former Harvard Law School classmate of VanDyke’s, in a statement. “Lawrence is very familiar with the challenges faced by states in the Ninth Circuit, and as Solicitor General for Montana and Nevada, he was on the frontlines of legal challenges to the overreach by the Obama Administration and its job-killing EPA.”

In addition to the aforementioned individuals, Trump has nominated John W. Holcomb and Steve Kim of California to serve as Judges on the U.S. District Court for the Central District of California.

The President has also nominated Knut S. Johnson and Michelle M. Pettit of California to serve as Judges on U.S. District Court for the Southern District of California.

Both Johnson and Pettit cordially declined to comment on their nominations.

At Johnson’s request, The Epoch Times reached out to Matt Lloyd from the U.S. Department of Justice’s Office of Public Affairs.

“We don’t usually comment on nominees,” Lloyd told The Epoch Times. “And that is going to hold true here as well.”