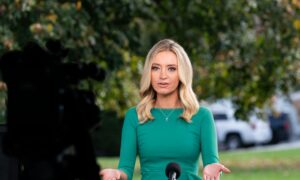 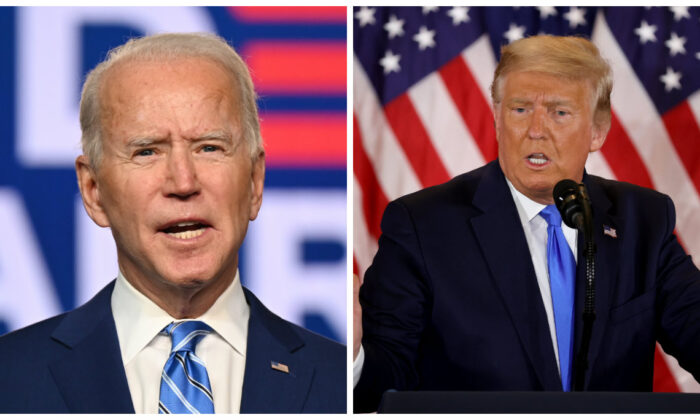 The state of Arizona may flip back to President Donald Trump, according to George Khalaf the president of Data Orbital, a Phoenix-based data analysis and political consulting firm.

In a Nov. 4 interview on The Epoch Times’ “Crossroads,” Khalaf said it was “completely premature” for both the Associated Press and Fox News to call the race in Arizona.

“People are making a mistake with equating the ballots that are left that came in early [with] the early ballots that were sent back in the mail,” he said.

Trump’s vote deficit in Arizona has been shrinking, with a recent tally reported from the state’s largest county showing that Democratic challenger Joe Biden’s lead in the battleground has shrunk to around 68,390 votes.

Khalaf said Democrats initially had a 1 percent advantage for the results counted early on in the night of the election, but Republicans have “a 20 percent advantage of the ballots that have yet to be counted.”

Khalaf said that, based on their data, “we strongly feel that it [Arizona] will flip back to President trump … we feel like he will win a narrow victory.”

“At this point we are expecting him to win anywhere between 0.5 and 1 percent,” he said.

Arizona is one of a few key states that the White House says leads to a path to victory for Trump. Trump’s campaign predicts the president will end up winning Arizona by about 30,000 votes and Pennsylvania by at least 40,000 votes. The presidential race remains tight.

The election operation in Arizona is “very robust,” according to Khalaf. He noted that the biggest issue now in the state is probably the concern surrounding Sharpies.

Arizona’s top law enforcement official on Wednesday opened an inquiry into complaints regarding Sharpies at polling locations. “Voters are concerned that the use of Sharpies may have caused ballots to be rejected, spoiled, or cancelled,” Michael Catlett, deputy solicitor general, wrote in a letter.

Khalaf noted that ballots are still being counted and that it’s going to take a number of days.