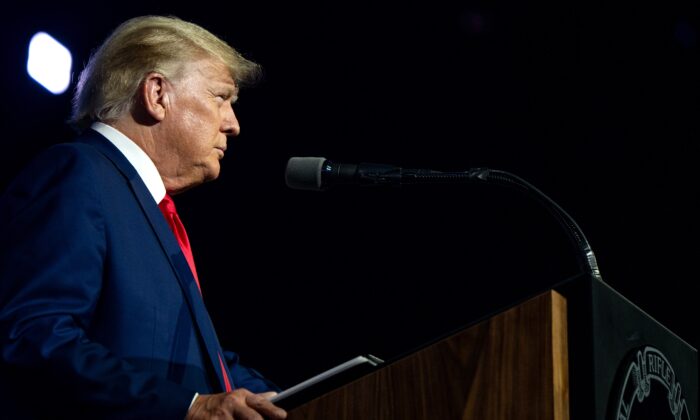 Digital World Acquisition Corp., a special purpose acquisition company tied to former President Donald Trump, on Friday filed for a resale of up to 100 million shares by existing investors.

Shares of the company fell 5.6 percent to $42.39 after the SPAC also said it will not receive any proceeds from the offering.

About four dozen investors were listed in the filing with the Securities and Exchange Commission (SEC), including Greywood Investments, Evergreen Capital Management, and DSN Ventures.

Digital World Acquisition in October inked a deal to merge with Trump Media & Technology Group Corp. (TMTG), the creator of social media platform Truth Social that was launched by Trump. The deal is expected to close in the second half of this year, the companies have said.

The proposed merger has been under regulators’ scrutiny, with the SEC and the Financial Industry Regulatory Authority (FINRA) probing the deal.