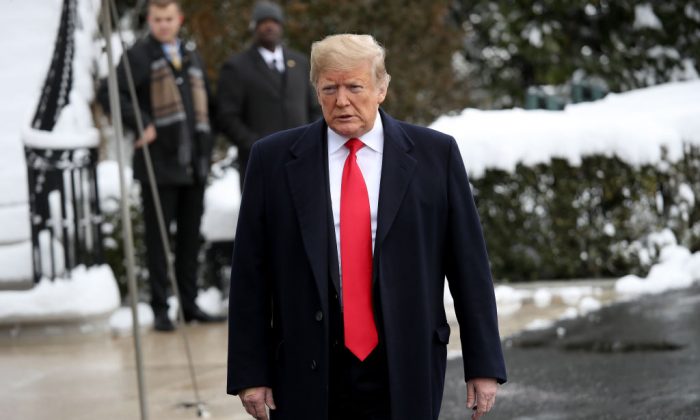 Volkswagen’s U.S. expansion includes an investment of $800 million in the facility, which is poised to create 1,000 jobs at the plant and additional jobs at suppliers.

“Congratulations to Chattanooga and Tennessee on a job well done. A big win!” Trump wrote on Twitter.

The Chattanooga plant is the first dedicated location in North America for the production of vehicles using Volkswagen’s modular electric toolkit chassis or MEB. Electric Vehicle (EV) production at the site will begin in 2022, according to the automaker.

Dr. Herbert Diess, CEO of Volkswagen AG, said the move is vital for the company’s expansion.

“The U.S. is one of the most important locations for us and producing electric cars in Chattanooga is a key part of our growth strategy in North America,” said Diess.

Manufacturing in the United States under the Trump administration has made historic gains. In early January, the manufacturing industry reported a net creation of 284,000 jobs in 2018, the best performance in the sector since 1997. Meanwhile, in December, the Labor Department said manufacturers added 32,000 jobs.

Trump has pledged to grow the manufacturing sector and has made it one of his top priorities in boosting the U.S. economy. Many of the new jobs added were in fields such as fabricated metals and electronics. In 2017, factories added 207,000 jobs for a two-year total of 491,000.

He also added that it would help them “build a pipeline of talent for years to come.”

“Volkswagen’s decision to locate its first North American EV manufacturing facility in Chattanooga underscores Tennessee’s manufacturing strength and highly-skilled workforce,” Haslam said. “As one of Hamilton County’s top employers, these additional 1,000 jobs will have a lasting impact on the region.”

At the same time, Volkswagen and Ford announced the first formal agreements of a broad alliance to develop commercial vans and medium-sized pickups for global markets beginning as early as 2022, according to a Jan. 15 statement (pdf). The automakers said the alliance would not entail cross-ownership between the two companies.

A mix of Trump’s deregulation policies, tax reform, and booming economy are luring European companies to invest more in the United States, signaling that Trump’s policies have been making a difference.

After a meeting between the Trump administration and German automakers in December, BMW said that they plan to invest a further $600 million dollars into their plant in Spartanburg, South Carolina, for production of future generations of the BMW X models.

In a statement, BMW said the move would create an additional 1,000 jobs at the plant by 2021, bringing the total number of jobs in Spartanburg to approximately 11,000. BMW is also considering building a second manufacturing plant in the United States that could produce engines and transmissions, but a final decision has not yet been made.

Trump has previously warned that he could impose tariffs on cars assembled in the European Union as part of his “America First” trade policy.