Trump Highlights Discrepancy Between NATO Contributions of US and Germany 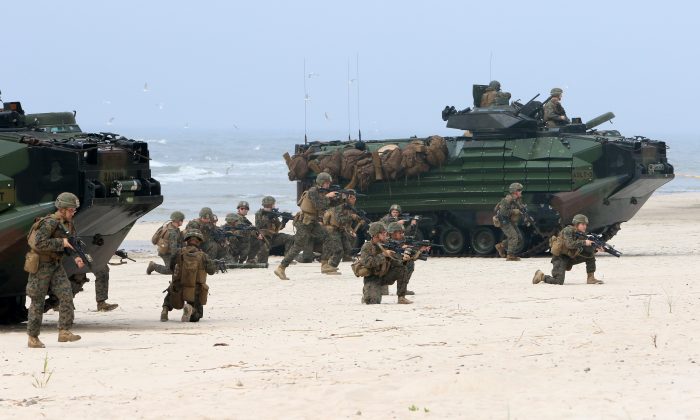 President Donald Trump on June 10 highlighted the difference in contributions to NATO between Germany and the United States.

“The U.S. pays close to the entire cost of NATO-protecting many of these same countries that rip us off on Trade,” Trump said in a tweet.

The United States is estimated to pay 22 percent for NATO’s budgets and programs for 2018 and 2019.

NATO members are required under guidelines agreed on by all nations to spend 2 percent of their GDP on defense.

The United States is by far the largest spender on its military and shared defense, with a total spending of 3.57 percent of GDP.

“Germany pays 1 percent (slowly) of GDP towards NATO, while we pay 4 percent of a MUCH larger GDP. Does anybody believe that makes sense? We protect Europe (which is good) at great financial loss, and then get unfairly clobbered on Trade. Change is coming!” Trump wrote in his series of tweets.

The Trump administration is currently negotiating with European nations as well as Canada and Mexico on trade.

Trump has threatened to impose tariffs on certain products in response to trade barriers put in place by other countries.