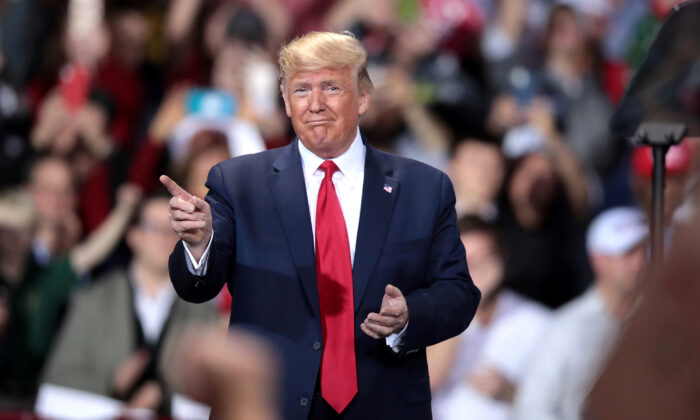 President Donald Trump signed today a bipartisan amendment to a bill that would permanently re-authorize millions of dollars in federal funding to historically black colleges and universities (HBCUs) and other minority-serving institutions (MSIs) for a decade.

The bipartisan proposal announced Dec. 3 by the Senate education committee and passed by the House a week later, would amend The FUTURE Act to restore a 10-year mandatory extension of $255 million in annual funding to HBCUs and MSIs, including $850 million specifically for HBCUs. It would also simplify the paperwork for Free Application for Federal Student Aid (FAFSA) by cutting off more than 20 questions from the application form, and streamline income-driven repayment for nearly 8 million borrowers.

In a statement, the president reaffirmed his commitment to minority students and appreciated the bipartisan effort to make the amended bill possible.

“When I took office, I promised to fight for HBCUs, and my Administration continues to deliver,” said Trump. “A few months ago, funding for HBCUs was in jeopardy. But the White House and Congress came together and reached a historic agreement.”

Trump said this bill is something former President Obama and his administration were unable to get done.

“My Administration will continue to fight for HBCUs and Minority Serving Institutions, as well as the millions of students and hundreds of communities they serve. These wonderful institutions are essential to Keep America Great.”

Michael Lomax, president and CEO of the United Negro College Fund (UNCF), thanked Trump and the thousands of advocates who helped push the bill through. One of the biggest advocates of passing the FUTURE Act, UNCF is the country’s largest private scholarship provider to minority students.

“We enlisted more than 20,000 supporters to write and call their members of Congress,” Lomax said. “This activated army of advocates became the frontline of support for HBCUs, and they won the battle for our institutions.”

The amendment was first introduced by Sen. Lamar Alexander (R-Tenn.), who is going to step down from the chair of the Senate Education Committee next year. He blocked the FUTURE Act this September, and proposed in its place a package that includes a long-term extension of federal funding, streamlining the FAFSA paperwork, and expanding Pell Grant eligibility.

Alexander’s offer initially faced opposition from Senate Democrats including committee co-chair Patty Murray (D-Wash.), who favored a clean passage of the FUTURE Act. The Senate managed to come into an agreement on the amendment, which Murray called “a win-win.”