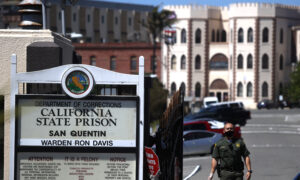 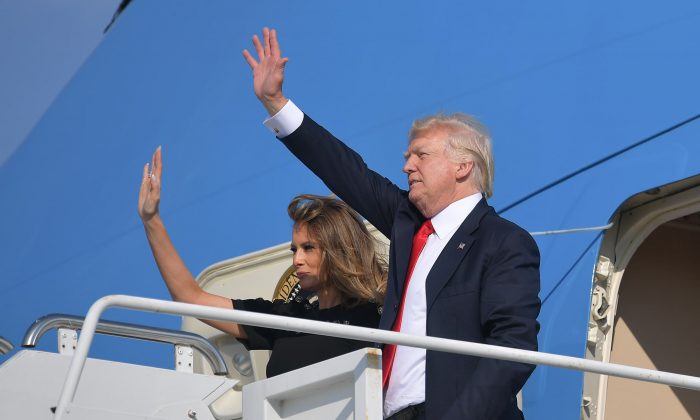 President Donald Trump and First Lady Melania Trump board Air Force One before departing from U.S. military Naval Air Station Sigonella following a G7 summit of Heads of State and Government, on May 27, 2017 near Taormina in Sicily. (Mandel Ngan/AFP/Getty Images)
US

At a Group of Seven summit in the resort town of Taormina on the island of Sicily, Trump refused to entreaties from the other six allies to maintain U.S. support for the Paris climate agreement, insisting he needed more time to make up his mind.

In a hangar at Naval Air Station Sigonella, which is also on Sicily, Trump was introduced by his wife Melania, who has raised eyebrows during the trip by twice flicking away her husband’s hand when he tried to hold hers.

“My husband worked very hard on this trip and I am very proud of him,” she said.

Trump, whose Marine One helicopter landed from Taormina to the soaring soundtrack of the “Air Force One” movie, emerged from two days of closed door summitry to declare his trip a success.

Trump said he had helped forge more international cooperation in the fight against Islamist militants, a threat he said was underscored by a suicide bomber in Manchester, England, and the killing of Coptic Christians in Egypt.

“It was a tremendously productive meeting where I strengthen American bonds,” said Trump. “We have great bonds with other countries and, with some of our closest allies, we concluded a truly historic week.”

He also demanded that NATO allies pay more for their defense and refused to explicitly declare that the United States backs Article 5 of the alliance’s charter, which requires each member to come to the defense of each other.

At Sigonella, Trump said his appeals to NATO allies to pay more were working.

“Money is starting to flow in,” he said. “It’s only fair to the United States. We’re behind NATO all the way. But we want to be treated fairly.”