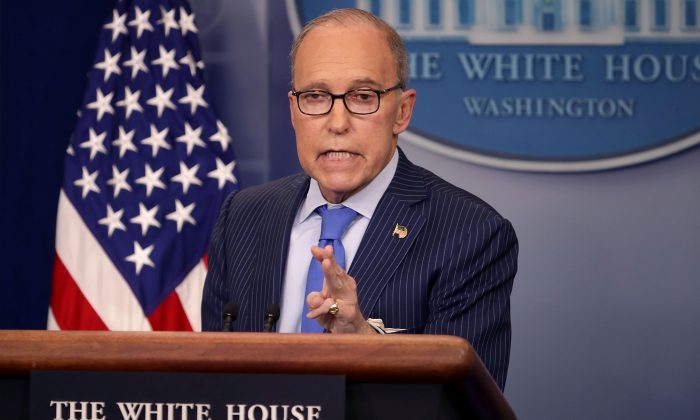 The $34 billion worth of tariffs went into effect in early July after months of negotiations between Chinese and U.S. trade officials came to a standstill.

While addressing an audience of institutional investors and hedge fund managers at the Delivering Alpha conference sponsored by CNBC and Institutional Investor magazine, Kudlow, who runs the National Economic Council, discussed the topic of China and trade wars.

He said that while he is not a “big fan of tariffs,” he has long been critical of China’s trade policies.

He added that the ball is now in China’s court but that Xi is not ready to compromise.

While lower-ranking Chinese officials want a deal, including Xi’s top economic adviser Liu He, Xi has refused to listen to the United States’ demands that reforms be made to China’s forced technology transfer and other discriminatory trade policies, according to Kudlow.

“So far as we know, President Xi, at the moment, does not want to make a deal,” he said.

“I think Xi is holding the game up. I think Liu He and others would like to move but haven’t,” Kudlow said. “We are waiting for him (Xi).”

China could end U.S. tariffs “this afternoon by providing a more satisfactory approach” and taking steps that other countries are also calling for, he said.

These included cutting tariff and non-tariff barriers to imports, ending the theft of intellectual property, and allowing full foreign ownership of companies operating in China.

China’s other trading partners, including the European Union, while not supporting tariffs, have also criticized Beijing’s trade policies, such as restricting European access to the Chinese market. It also shares similar concerns as the United States on forced technology transfers.

On July 18, the EU imposed provisional anti-dumping duties ranging from 21.8 to 83.6 percent on electric bikes from China. The EU is also investigating whether Chinese e-bike producers benefit from state subsidies.

China responded to Kudlow’s comments on July 19, calling them “shocking” and “bogus” accusations.