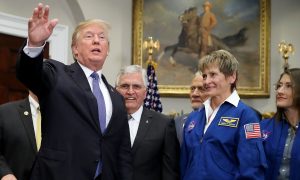 Trump Says US Will Go to Moon Again, Eventually Mars
0 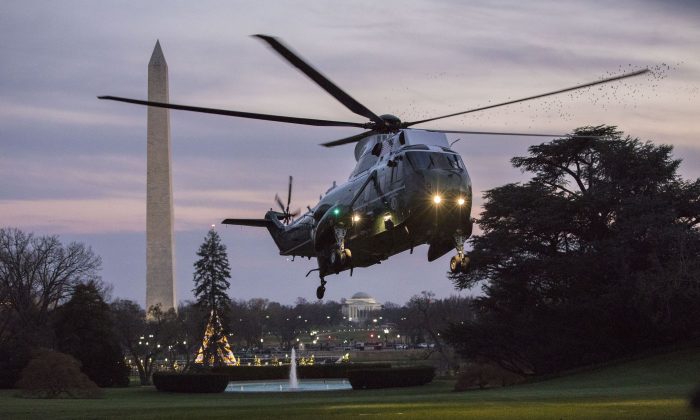 President Donald Trump told a Florida rally he has doubts that sanctions would work to stop North Korea from its current direction, even as a senior United Nations official returns from the communist country warning that time is running out.

Trump told supporters at a rally in Pensacola, Florida, that it is necessary to attempt using sanctions in the course of dealing with North Korea, despite doubts as to their effect.

“As part of a campaign of maximum pressure on the vile dictatorship of North Korea, we have imposed the toughest ever sanctions passed by the United Nations Security Council,” said Trump.

“We have a lot of other sanctions. But I don’t know if sanctions are going to work with him. We have to give it a shot.”

“We’re working through a legal process,” she told reporters on Dec. 11 during a press briefing.

She said the process was complicated, and that she hoped to give details on the reason for the delay soon.

Meanwhile, the U.N. is warning that time is short for a negotiated solution to the current stand-off on the Korean Peninsula.

That warning comes after a senior U.N. official returned from a four-day trip to North Korea that included meetings with North Korean officials and U.N. staff.

Jeffrey Feltman, the U.N.’s under secretary general for political affairs, visited the communist country from Dec. 5 to Dec. 8. The day after his return, the U.N. issued a statement warning that “time is of the essence.”

“They exchanged views on the Korean Peninsula and agreed that the current situation was the most tense and dangerous peace and security issue in the world today,” read a U.N. statement on the meetings.

North Korea acceded to the treaty in 1985 but withdrew in 2003, after revelations that the country was pursuing an illegal uranium enrichment program.

According to the U.N., Feltman emphasized that the international community was alarmed by escalating tensions stemming from the current crisis and remained committed to finding a peaceful solution.

Feltman said it was urgent that the regime had open communication channels, presumably with the United States, to avoid miscalculations.

“He also said there can only be a diplomatic solution to the situation, achieved through a process of sincere dialogue. Time is of the essence,” said the statement.