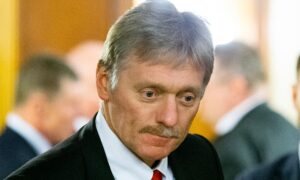 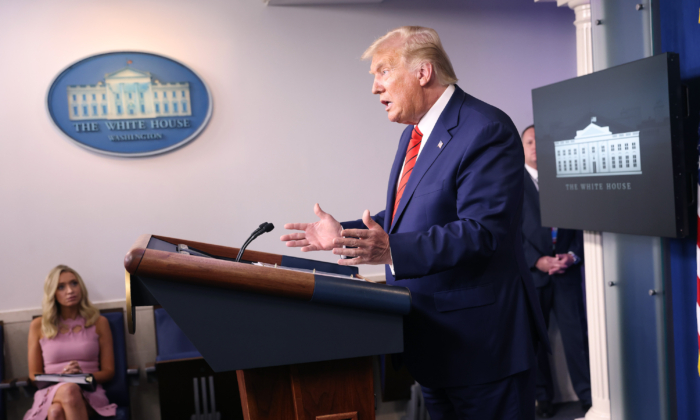 President Donald Trump speaks to the media during a news conference in the briefing room at the White House in Washington on Aug. 31, 2020. (Win McNamee/Getty Images)
Donald Trump

President Donald Trump’s physician issued a response to reports suggesting that the president may have suffered a stroke in a recent hospital visit.

Dr. Sean Conley, the physician to the president, was asked by the White House to “address the recent public comments regarding his health.”

“I can confirm that President Trump has not experienced nor been evaluated for a cerebrovascular accident (stroke), transient ischemic attack (mini stroke), or any acute cardiovascular emergencies, as have been incorrectly reported in the media,” Coney said.

On Twitter, Trump said the claim is more “fake news.”

It never ends! Now they are trying to say that your favorite President, me, went to Walter Reed Medical Center, having suffered a series of mini-strokes. Never happened to THIS candidate – FAKE NEWS. Perhaps they are referring to another candidate from another Party!

“It never ends! Now they are trying to say that your favorite President, me, went to Walter Reed Medical Center, having suffered a series of mini-strokes,” Trump wrote on Twitter.

“Perhaps they are referring to another candidate from another Party!” Trump wrote, suggesting that his Democratic rival, Joe Biden, had health issues.

At the time, Trump said that on the way back from the facility, “I’m hearing rumors that I’m in the hospital.”

In his last physical exam, doctors said in June that Trump weighs 244 pounds, stands 6 feet 3 inches, has a blood pressure of 121/79 mmHG and a resting heart rate of 63 beats per minute.

Conley also said “there were no findings of significance or changes to report.”

The doctor’s memo noted Trump’s use of hydroxychloroquine, which he revealed last month he began taking after staffers at the White House contracted the CCP virus.

Coney said the decision to take the drug ”was done in consultation with his appropriate care team members and close monitoring of the electrocardiogram (EKG) for changes in the QT interval.”