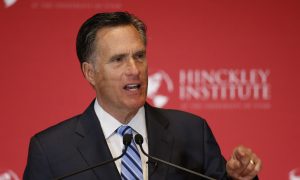 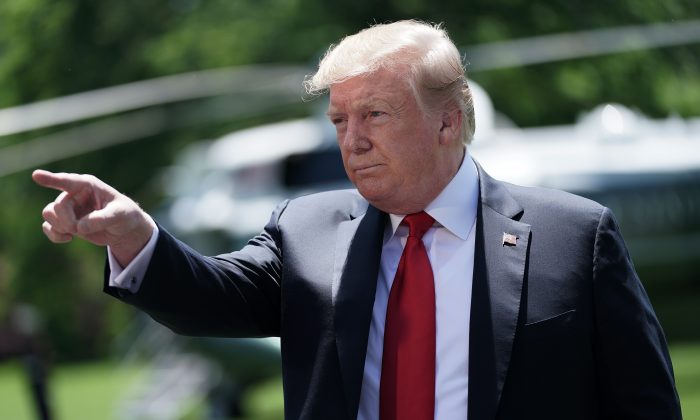 President Donald Trump on June 10 denounced The New York Times for yet another report they wrote, this time on the U.S.-Mexico agreement, as part of his ongoing criticism of the paper’s standards of journalism.

The agreement between the two countries, announced by Trump on June 7, is the result of three days of intensive negotiations in Washington and includes the expansion of the Migrant Protection Protocols program, which sends migrants seeking asylum in the United States to Mexico while their cases are being processed.

Previously, they had been sent to overflowing U.S. processing facilities, where many were subsequently released into the United States. Mexico will also boost security on its side of the border, including the deployment of its National Guard.

But The New York Times, which cited unidentified officials from both countries, claimed the program’s expansion was already agreed upon in December and that Mexico had already agreed in March to deploy its National Guard.

“When will the Failing New York Times admit that their front page story on the new Mexico deal at the Border is a FRAUD and nothing more than a badly reported “hit job” on me, something that has been going on since the first day I announced for the presidency!” Trump wrote on Twitter.

When will the Failing New York Times admit that their front page story on the the new Mexico deal at the Border is a FRAUD and nothing more than a badly reported “hit job” on me, something that has been going on since the first day I announced for the presidency! Sick Journalism

Acting Homeland Security Secretary Kevin McAleenan, in an interview with “Fox News Sunday,” also disputed the claims from the report.

McAleenan said that everything in the agreement was new, including the deployment of as many as 6,000 members of Mexico’s National Guard security force, mainly along its southern border with Guatemala.

“This is the first time we’ve heard anything like this kind of number of law enforcement being deployed in Mexico to address migration, not just at the southern border, but also on the transportation routes to the northern border and in coordinated patrols in key areas along our southwest border,” he said.

McAleenan added that “Mexico came to the table with real proposals.”

A day before, Trump said the June 8 report from the paper had been proven to be “shockingly false and untrue,” and accused the paper of knowingly publishing it as such.

The signed agreement between the two countries averts the 5 percent import tariffs that Trump had planned to impose on Mexico by June 10. The tariffs would have incrementally risen to as much as 25 percent if Mexico failed to sufficiently act to address the border crisis. As a result, Mexico agreed to take “strong measures” to stem the flow of illegal immigrants crossing the border, most of whom are traveling through Mexico from other Central American countries.

Trump on June 10 also announced there were additional details to the agreement that have been signed already, but needed the approval of Mexico. He said if lawmakers in the country failed to cooperate, he would re-impose the tariffs. He didn’t elaborate, only stating that the details would be revealed at a later date.

“We have fully signed and documented another very important part of the Immigration and Security deal with Mexico, one that the U.S. has been asking about getting for many years. It will be revealed in the not too distant future and will need a vote by Mexico’s Legislative body!” Trump wrote in a tweet.

“We do not anticipate a problem with the vote but, if for any reason the approval is not forthcoming, Tariffs will be reinstated!” he continued.