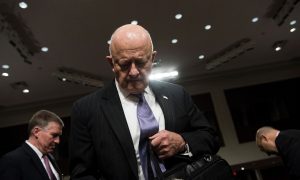 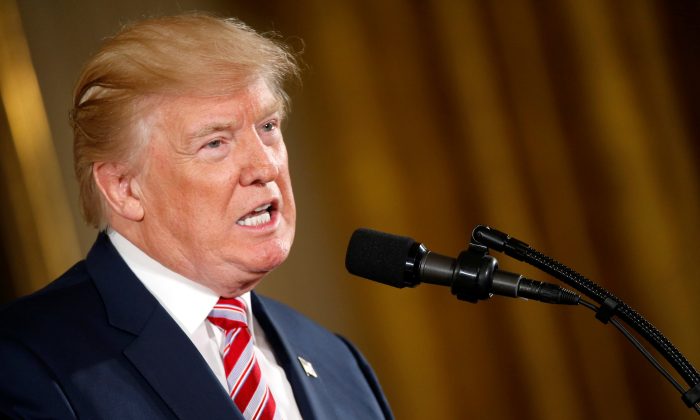 President Donald Trump during an event announcing the Air Traffic Control Reform Initiative in the East Room of the White House in Washington on June 5, 2017. (REUTERS/Joshua Roberts)
Politics

Trump Decides Against Russia ‘War Room’ in the White House

WASHINGTON—President Donald Trump has opted not to set up a “war room” in the White House to serve as a rapid-response team to answer accusations involving an investigation into his campaign’s ties to Russia, a White House official said on Tuesday.

Any such rapid-response team, the official said, is instead likely to be a function of Trump’s outside counsel, Marc Kasowitz.

White House officials had been discussing the possibility of hiring former Trump campaign manager Corey Lewandowski to spearhead an internal “war room” to battle the various controversies emanating from a Justice Department probe into contacts between Trump aides and Russia.

But it is possible, the official added, that the White House could beef up its rapid-response operation as it does some retooling of Trump’s communications effort.

The official said it made more sense from a legal standpoint to have any Russia war room operation outside of the White House.

Trump fired James Comey, former director of the Federal Bureau of Investigation, on May 9 amid accusations that the president was trying to squelch a federal probe into the Russia claims.

Comey is to testify before the Congress on Thursday to lay out the details of his conversations with the president about Russia before the firing.

Trump has called the probe a “witch hunt” and said there was no collusion between his campaign and Russia.