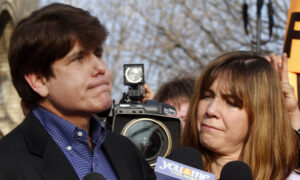 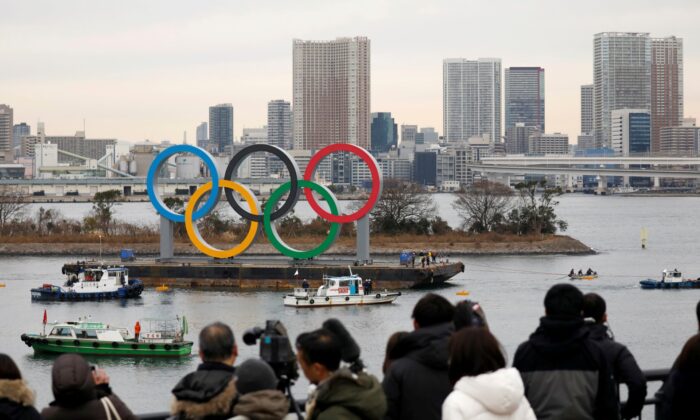 Giant Olympic Rings are installed at the waterfront area, with the Rainbow Bridge in the background at Odaiba Marine Park in Tokyo, Japan, on Jan. 17, 2020. (Issei Kato/Reuters/File Photo)
Politics

U.S. President Donald Trump said on Feb. 18 he is considering a visit to Japan this summer for the Olympic Games in Tokyo, a trip that would take him off the campaign trail as he seeks reelection.

Trump was asked about the Summer Games in Tokyo, which begin on July 24, during a meeting with officials involved in the Olympic Games to be held in Los Angeles in 2028.

“We’ll make that determination. We haven’t made it yet. We might. We’re going to try if we can,” he said.

Trump is to travel to India next week but is believed to have a limited schedule of foreign travel this year as he seeks a second four-year term in the Nov. 3 election.