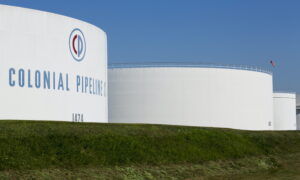 “We greatly appreciate your time, patience, and effort with respect to our recent negotiations and discussions relative to a summit long sought by both parties, which was scheduled to take place on June 12 in Singapore,” Trump wrote.

“I was very much looking forward to being there with you. Sadly, based on the tremendous anger and open hostility displayed in your most recent statement, I feel it is inappropriate, at this time, to have this long-planned meeting.”

After several rounds of major concessions, North Korea changed its tone in recent weeks and pulled out of a scheduled second summit with South Korea. The communist regime also threatened to call off the meeting with Trump. On Thursday, a North Korean official raised the prospect of nuclear war and insulted Vice President Mike Pence.

North Korea’s comments about Pence were the “last straw” that led the White House to cancel the summit, a White House official said on Thursday. The official added that there was still hope for peace with North Korea but the country needed to change its rhetoric to get there.

“There is a backdoor that’s open still if the North Koreans are willing to walk through it. But it involves some changing of their rhetoric … at a minimum,” the official said.

Trump issued a stern warning to the North Korean leader about threatening to use nuclear weapons.

“You talk about your nuclear capabilities, but ours are so massive and powerful that I pray to God they will never have to be used,” Trump wrote.

The White House released Trump’s letter to Kim hours after North Korea declared that it had demolished its only nuclear test site. In the letter, Trump thanked Kim for releasing three American hostages from prison in North Korea.

“That was a beautiful gesture and was very much appreciated,” the president wrote.

North Korean state media reported that the communist regime followed through on a pledge to blow up tunnels at its nuclear test site on Thursday.

North Korea has conducted all six of its nuclear tests at the Punggye-ri site, which consists of tunnels dug beneath Mount Mantap in the northeast of the country.

A small group of international media selected by North Korea witnessed the demolition, which Pyongyang says is proof of its commitment to end nuclear testing.

The destruction of the site began at about 11 a.m. with the blowing up and collapsing of a tunnel and an observation post.

North Korea’s state-run news agency KCNA reported there was no leak of radioactive materials or any adverse impact on the surrounding ecological environment.

“Dismantling the nuclear test ground was done in such a way as to make all the tunnels of the test ground collapse by explosion and completely close the tunnel entrances, and at the same time, explode some guard facilities and observation posts on the site,” KCNA reported.

The South Korean government welcomed the test site destruction by calling it “the first meaningful step to realize complete denuclearization which North Korea expressed through including the inter-Korean summit.”

South Korean media described how North Korean authorities called out to media to ask if they were ready to film the first blast. They then counted down.

“With a heavy boom that shook Mount Mantap, dirt and broken rocks spilled out from the entrance,” South Korean media reported.

After some time, another tunnel and other facilities were destroyed, then a third tunnel, and another observation post. About five hours after the operation began, two military barracks were demolished, South Korean media said.

The North Korean offer to scrap the test site has been seen as a major concession in months of easing decades of tension with South Korea and the United States.

Trump: Korea Summit Cancellation Is a Setback for the World