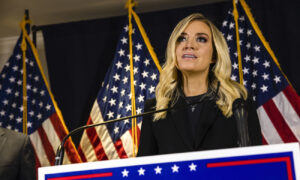 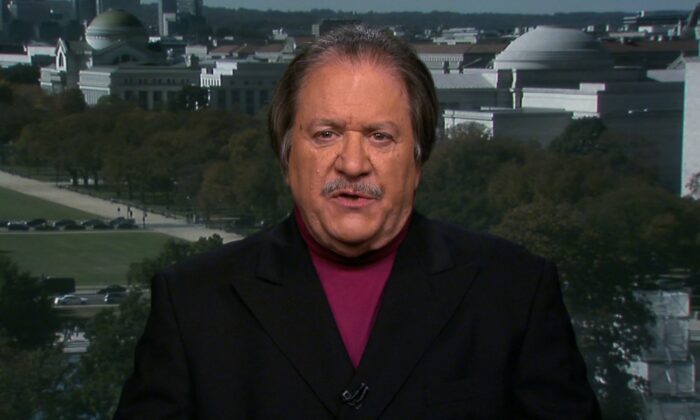 A lawyer for President Donald Trump’s campaign on Monday made incendiary remarks about a former government employee.

Christopher Krebs directed the Department of Homeland Security’s Cybersecurity and Infrastructure Security Agency until Nov. 17, when Trump fired him.

The firing came shortly after Krebs and others released a joint statement calling the election “the most secure in American history.”

Joe DiGenova, a lawyer for Trump’s campaign, told “The Howie Carr Show, “Anybody who thinks the election went well, like that idiot Krebs who used to be the head of cybersecurity—that guy is a class A moron, he should be drawn and quartered, taken out at dawn and shot.”

The Trump campaign and DiGenova’s law firm didn’t respond to requests for comment.

The remark prompted laughter from Carr, who said he has DiGenova on regularly to give updates on what the campaign is involved with.

DiGenova said a public hearing in Arizona that took place on Monday saw witnesses and experts lay out ” just amazing amounts of evidence” concerning issues with the massive number of mail-in ballots used, as well as election machines.

Rudy Giuliani, another campaign lawyer, “laid out a great case” for the country to consider, he said.

Krebs repeatedly said the election was run securely and issued a statement about 10 days afterwards, saying: “There is no evidence that any voting system deleted or lost votes, changed votes, or was in any way compromised.”

The joint statement included a council on which officials on companies involved with the election, such as Dominion Voting Systems, sit.

Trump called the statement “highly inaccurate, in that there were massive improprieties and fraud—including dead people voting, Poll Watchers not allowed into polling locations, ‘glitches’ in the voting machines which changed votes from Trump to Biden, late voting, and many more.”

Krebs responded by saying he did not claim there wasn’t fraud in the election. He later told CBS’ “60 Minutes” that “there was no manipulation of the vote on the machine count side.”

Trump took to Twitter to say 60 Minutes never reached out to the White House for comment, calling its story “one sided.”

“Our 2020 Election, from poorly rated Dominion to a Country FLOODED with unaccounted for Mail-In ballots, was probably our least secure EVER!” he wrote.