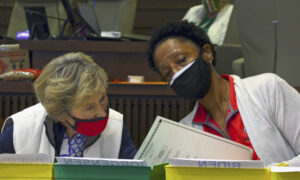 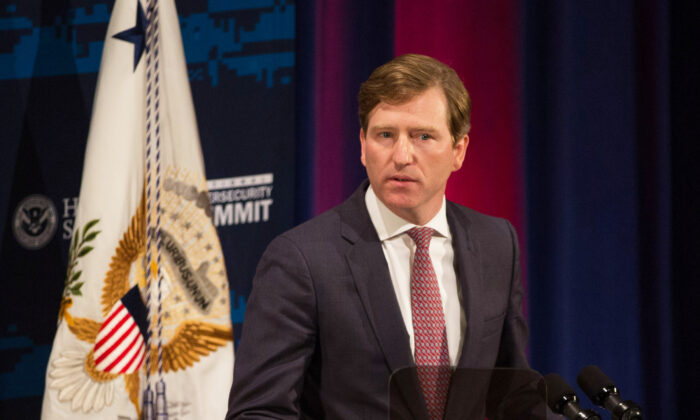 President Donald Trump announced Tuesday evening that he had fired Cybersecurity and Infrastructure Security Agency (CISA) Director Chris Krebs, days after the agency called the 2020 presidential election the “most secure in American history.”

Trump announced his termination in a statement on Twitter, accusing Kreb of making a “highly inaccurate” statement on the security of the Nov. 3 election.

“The recent statement by Chris Krebs on the security of the 2020 Election was highly inaccurate, in that there were massive improprieties and fraud—including dead people voting, Poll Watchers not allowed into polling locations, ‘glitches’ in the voting machines which changed votes from Trump to Biden, late voting, and many more,” the president wrote. “Therefore, effective immediately, Chris Krebs has been terminated as Director of the Cybersecurity and Infrastructure Security Agency.”

Krebs said in a statement: “Honored to serve. We did it right. Defend Today, Secure Tomrorow [sic].”

A spokesman for Democratic presidential nominee Joe Biden’s campaign told news outlets in a statement: “Chris Krebs should be commended for his service in protecting our elections, not fired for telling the truth.”

The firing followed the Department of Homeland Security’s cybersecurity agency’s statement on Thursday, despite multiple legal challenges alleging a variety of voting irregularities across a number of battleground states.

“The Nov. 3 election was the most secure in American history. Right now, across the country, election officials are reviewing and double checking the entire election process prior to finalizing the result,” the statement released by CISA read.

“All of the states with close results in the 2020 presidential race have paper records of each vote, allowing the ability to go back and count each ballot if necessary. This is an added benefit for security and resilience. This process allows for the identification and correction of any mistakes or errors,” the statement said.

Trump’s legal team has filed a number of lawsuits in battleground states over a variety of alleged irregularities, including in Pennsylvania, Wisconsin, Georgia, Arizona, Nevada, and Michigan.

In Pennsylvania and Michigan, the Trump campaign’s legal team said that GOP poll watchers were excluded during critical time periods during vote-counting. The secretaries of state have denied the allegations. And In Wisconsin, the Trump campaign has taken steps to seek a statewide recount.

Georgia is in the midst of a hand recount of the presidential race as part of a risk-limiting audit, scheduled to be completed by 11:59 p.m. on Wednesday, with a Friday deadline for statewide vote certification.

In Arizona meanwhile, the Trump campaign, the Arizona GOP, and the Republican National Committee have filed a lawsuit seeking to block certification of the election results in the state until affected ballots can be reviewed manually.

Krebs in recent days has continuously shot down allegations of voter fraud, including retweeting leading election security expert Matt Blaze, who for years has warned of specific vulnerabilities in election gear, when the professor wrote that “no serious evidence has yet been found or presented that suggests that the 2020 election outcome in any state has been altered through technical exploitation.”

The White House and CISA didn’t immediately respond to requests for comment by The Epoch Times.