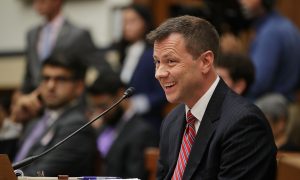 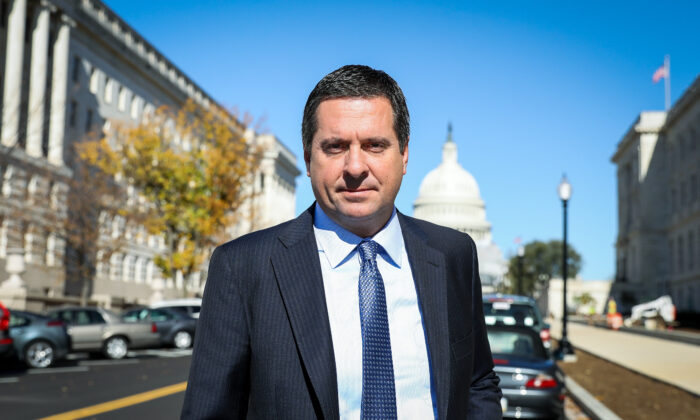 The White House said in a statement that Nunes “began to unearth the crime of the century” when, as chairman of the House Intelligence Committee in 2017, he began probing possible misconduct by President Barack Obama’s administration during the 2016 election.

Nunes uncovered that the unsubstantiated dossier compiled by ex-British spy Christopher Steele was funded by Democratic presidential candidate Hillary Clinton’s campaign and the Democratic National Committee, the White House said in a statement. He learned a top Department of Justice official was married to one of the document’s main researchers, and also found that the Obama administration had issued secret warrants to spy on Trump’s campaign and unmasked several current or former campaign associates, according to the statement.

“Devin Nunes’s courageous actions helped thwart a plot to take down a sitting United States president. Devin’s efforts led to the firing, demotion, or resignation of over a dozen FBI and DOJ employees. He also forced the disclosure of documents that proved that a corrupt senior FBI official pursued a vindictive persecution of General Michael Flynn—even after rank and file FBI agents found no evidence of wrongdoing,” the statement says.

“Congressman Nunes pursued the Russia Hoax at great personal risk and never stopped standing up for the truth. He had the fortitude to take on the media, the FBI, the Intelligence Community, the Democrat Party, foreign spies, and the full power of the Deep State. Devin paid a price for his courage,” the statement continued.

“The media smeared him and liberal activists opened a frivolous and unjustified ethics investigation, dragging his name through the mud for eight long months. Two dozen members of his family received threatening phone calls—including his 98-year-old grandmother. Congressman Devin Nunes is a public servant of unmatched talent, unassailable integrity, and unwavering resolve. He uncovered the greatest scandal in American history.”

The Medal of Freedom, established by President John F. Kennedy in 1963, is the nation’s highest civilian honor. It’s awarded by presidents to people who have made exceptional contributions to the security or national interests of America, to world peace, or to cultural or other significant public or private endeavors. Previous recipients include filmmaker Steven Spielberg, boxer Muhammad Ali, and German Chancellor Angela Merkel.

Nunes told The Epoch Times’ “American Thought Leaders” program on Jan. 4 that the closed-door ceremony went well, and that his wife and children were present.

“To be there with the team that actually did all the work and members of Congress, to actually receive the nation’s highest civilian honors, doesn’t happen every day,” Nunes added. “And I’m obviously very proud of what our team accomplished. It wasn’t about me, I was the guy in charge. It took a team and it took a lot of hard work. It was great to be recognized.”

Nunes told the room that in order for institutions to survive and America to have a robust system, there needs to be trust in institutions such as law enforcement agencies.

The lack of prosecution against those who committed or allegedly committed crimes—apart from former FBI lawyer Kevin Clinesmith—undermines that trust and isn’t sustainable for the country, Nunes said.

Special counsel John Durham has been tasked with probing the origins of the counterintelligence probe, known formally as Crossfire Hurricane, into Trump and his campaign but has only brought charges against Clinesmith after more than a year of work.

Clinesmith pleaded guilty to altering an email from a CIA employee to read that Trump campaign associate Carter Page wasn’t an agency asset, when, in fact, he was.

“I understand people’s frustration over the timing, and there are prosecutors who break more china, so to speak,” Barr added. “But they don’t necessarily get the results.”

Correction: A previous version of this article contained an inaccurate date for when the Medal of Freedom was established. The Epoch Times regrets the error.