Trump Applauds Toyota for $749 Million Investment in 5 US States 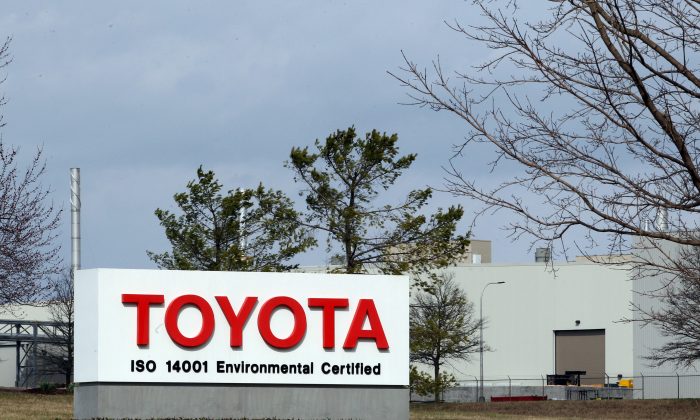 The company added that there is “more to come,” as it boosts engine production capacity and implements new hybrid models to its lineup.

Trump has prodded Japanese automakers to add more jobs in the United States as the White House has threatened to impose tariffs of up to 25 percent on imported vehicles, on the grounds of national security.

Toyota and other automakers have been lobbying heavily to block any new tariffs on imported vehicles.

“All this activity, I hope, shows that we’re a plus factor to the economic national security of the United States,” Toyota North America Chief Executive Jim Lentz told reporters on a conference call. “We believe in America.”

Toyota said it would be adding production capacity increases and building expansions in plants in Kentucky, Alabama, West Virginia, Tennessee, and Missouri.

The recent announcement comes as Toyota exceeded its 2017 pledge to invest $10 billion over five years, with a new commitment to reach nearly $13 billion over the same period.

“These latest investments represent even more examples of our long-term commitment to build where we sell,” Lentz said in a statement. “By boosting our U.S. manufacturing footprint, we can better serve our customers and dealers and position our manufacturing plants for future success with more domestic capacity.”

Toyota President Akio Toyoda will be in Washington on March 15 to deliver a speech, in which he is expected to tout the new investments.

Toyota will invest $238 million in Kentucky to begin production of the Lexus ES 300h hybrid in May 2019 and $62 million in Missouri, where the investment will provide an additional 864,000 cylinder heads for Toyota’s New Global Architecture.

In Tennessee, Toyota will add $50 million for building and equipment expansions with 13 new jobs at its Bodine plant. Meanwhile, in West Virginia, Toyota will inject $111 million and 123 new jobs into its Buffalo facility to meet production demands.

Last month, the U.S. Commerce Department sent a “Section 232” national security report to Trump with recommendations that auto industry officials expect to include at least some tariffs on fully assembled vehicles or on technologies and components related to electric, automated, connected, and shared vehicles.

Lentz told reporters the automaker is eager to see the findings, including for the 137,000 Americans he said design, build, or sell Toyota vehicles in the United States.

He said the new trade deal the Trump administration negotiated to replace the North American Free Trade Agreement had played a role in the new investment decisions.