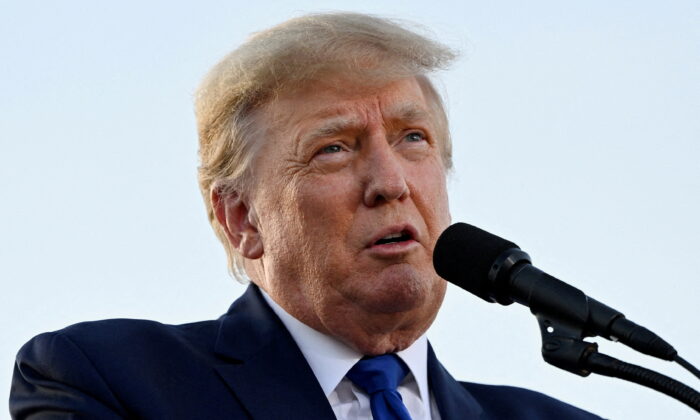 Former President Donald Trump has appealed a New York judge’s order that found him in civil contempt of a subpoena and imposed a $10,000-per-day fine on him.

Trump’s attorneys filed the appeal on April 27 in the New York Supreme Court days after Judge Arthur Engoron issued the finding. They say that they’ll raise four issues to the appellate division of the court, including whether the imposition of the fine “serves any purpose as either a compensatory or coercive remedy.”

At issue is a subpoena that New York Attorney General Letitia James, a Democrat, issued in late 2021 against Trump and several of his children in her investigation of The Trump Organization, a family business.

Engoron ordered the Trumps in February to comply with the subpoena, but James said the former president didn’t adhere to the order. Trump’s attorneys said they checked to see whether Trump had any of the documents sought in the subpoena and that a “diligent search and review” found that he didn’t.

Engoron sided with James, finding that the attestation by counsel was lacking.

“In short, the affidavit provided the court with no basis to find that the search had been a thorough one or that it had been conducted in a good faith effort to provide these necessary records to plaintiff,” he said in his ruling. “Not only did Mr. Trump fail to submit an affidavit himself, which this court believes would have been the best practice, as he is the most obvious person to affirm where any responsive documents in his possession, custody, and control would be located, but the attorney affirmation submitted on behalf of Mr. Trump contained only conclusory statements, rather than details of a diligent search.

“Accordingly, Mr. Trump has willfully disobeyed a lawful order of this court.”

Engoron found Trump in contempt and imposed the fine until Trump “purges such contempt to the satisfaction of this court.”

Alina Habba, one of Trump’s attorneys, told The Epoch Times in an email after the ruling that the former president’s counsel disagreed with the ruling.