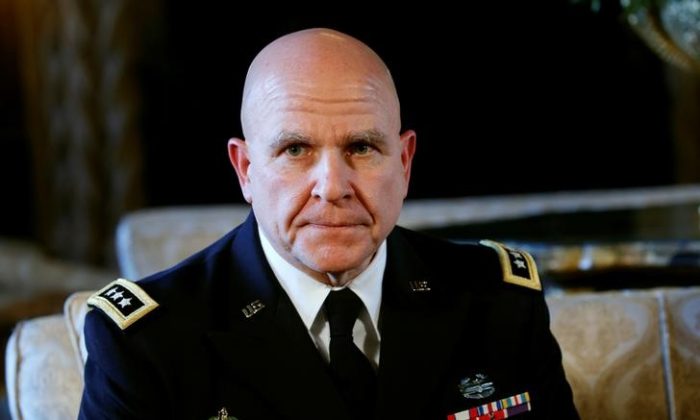 WASHINGTON—White House national security adviser H. R. McMaster said on Sunday it was time for tough talks with Russia over its support for Syria’s government and its “subversive” actions in Europe.

Speaking on ABC News’ “This Week” program, McMaster said Russia’s backing of Syrian President Bashar al-Assad’s government has perpetuated a civil war and created a crisis that has bled over into Iraq, neighboring countries and Europe.

“So Russia’s support for that kind of horrible regime, that is a party to that kind of a conflict, is something that has to be drawn into question as well as Russia’s subversive actions in Europe,” McMaster said. “And so I think it’s time though, now, to have those tough discussions Russia.”

The United States early this month bombed a Syrian air base in reaction to what Washington said was a nerve gas attack by the Assad government that killed at least 70 people in rebel-held territory.

Russia and US, After Tillerson Talks, Agree Modest Steps to Mend Ties

Syria denies it carried out the attack and Russia has warned that the cruise missile strikes could have “extremely serious” consequences. Secretary of State Rex Tillerson visited Moscow last week as tensions grew.

“Well, when relations are at the lowest point, there’s nowhere to go but up. So I think the secretary’s visit to Russia was perfectly timed,” McMaster said.

A January U.S. intelligence report on Russia’s interference in the 2016 U.S. presidential election said that Russia also has sought to influence elections across Europe.

Current and former U.S. official and analysts say Moscow has targeted elections in France, Germany and elsewhere through a combination of propaganda, cyber hacking, funding of candidates and other means with the overall goal of weakening the North Atlantic Treaty Organization and the trans-Atlantic alliance.