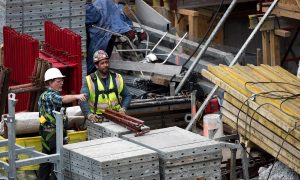 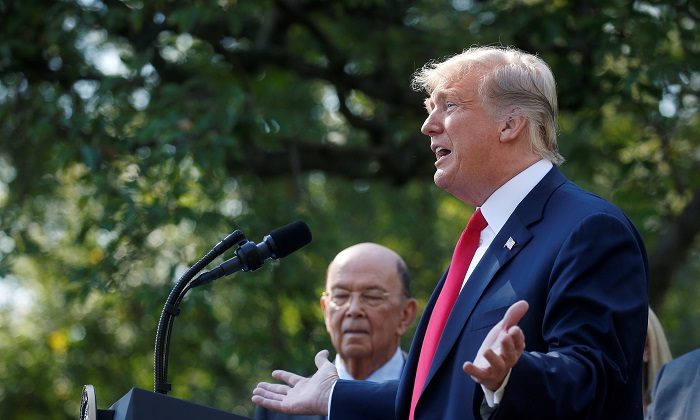 WASHINGTON—President Donald Trump’s administration said on Jan. 22, it will urge the Supreme Court to rule by the end of its term in June on a bid to implement a plan, blocked by a judge, to ask people in the 2020 national census whether they are U.S. citizens.

The Justice Department said in a court filing it will seek immediate Supreme Court review of the high-profile dispute even before a lower appeals court time has time to consider the case.

U.S. District Judge Jesse Furman in Manhattan ruled on Jan. 15 that Commerce Secretary Wilbur Ross, who oversees the census, concealed the true motives for his “arbitrary and capricious” decision to add the question in violation of federal law.

By seeking high court review before giving the New York-based 2nd U.S. Circuit Court of Appeals a chance to issue a ruling, the administration put its faith in the conservative-majority Supreme Court to hear and decide the matter in the coming months, as time is running out before the census forms must be printed in June.

“It is exceedingly unlikely that there is sufficient time for review in both the court of appeals and in this court by that deadline,” Solicitor General Noel Francisco, the administration’s top Supreme Court lawyer, wrote in the filing.

The 18 states, 15 cities, and various civil rights groups that filed a legal challenge against the administration said a citizenship question would scare immigrants and Latinos into abstaining from the count. Non-citizens are estimated to represent about 7 percent of people living in the United States.

The U.S. Constitution mandates a census every 10 years to count the number of people living in the United States. The official population count is used in the allocation of seats in the U.S. House of Representatives and the distribution of billions of dollars in federal funds. There has not been a census question about citizenship status since 1950.

The Commerce Department announced in March 2018 that the government would include a citizenship question. Ross said the citizenship data was needed to better enforce the Voting Rights Act that protects eligible voters from discrimination. Only American citizens can vote in federal elections.

The Supreme Court previously rejected an administration request to halt the trial in the case, but in November agreed to hear an appeal seeking to limit the scope of the evidence Furman could consider in making his ruling.

The justices on Friday scrapped the scheduled Feb. 19 arguments after Furman issued his decision.