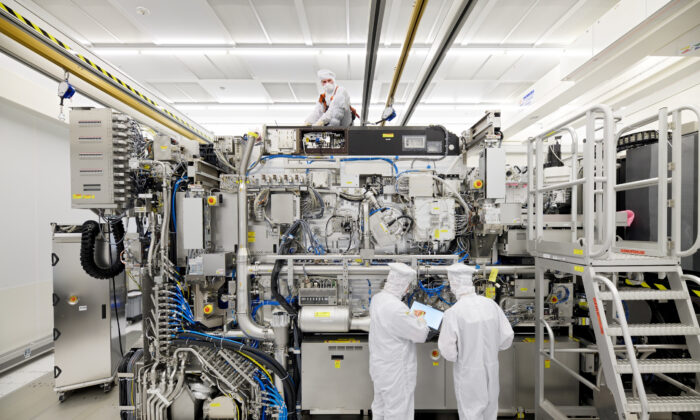 The high-level push, which has not previously been reported, demonstrates the importance the White House places on preventing China from getting hold of a machine required to make the world’s fastest microprocessors. It also shows the challenges facing the U.S. government’s largely unilateral efforts to stem the flow of advanced technology to China.

The U.S. campaign began in 2018, after the Dutch government gave semiconductor equipment company ASML, the global leader in a critical chip-making process known as lithography, a license to sell its most advanced machine to a Chinese customer, two sources familiar with the matter told Reuters.

Over the following months, U.S officials examined whether they could block the sale outright and held at least four rounds of talks with Dutch officials, three sources told Reuters.

The effort culminated in the White House on July 18 when Deputy National Security Advisor Charles Kupperman raised the issue with Dutch officials during the visit of Netherlands Prime Minister Mark Rutte, who was given an intelligence report on the potential repercussions of China acquiring ASML’s technology, according to a former U.S. government official familiar with the matter.

The pressure appears to have worked. Shortly after the White House visit, the Dutch government decided not to renew ASML’s export license, and the $150 million machine has not been shipped.

The delayed shipment was first reported on Nov. 6 by the Nikkei Asian Review, but details of the U.S. pressure campaign have not previously been disclosed. ASML said it is still awaiting approval of a new license request and declined further comment.

ASML has never publicly disclosed the identity of the Chinese customer, but Nikkei and others have reported that it is Semiconductor Manufacturing International Corp (SMIC), China’s biggest chip-making specialist. SMIC did not reply to a request for a comment.

The ASML machine uses extreme ultraviolet (EUV) light beams, generated by lasers and focused by giant mirrors, to lay out extraordinarily narrow circuits on slabs of silicon known as wafers. That in turn makes it possible to create faster and more powerful microprocessors, memory chips and other advanced components, which are critical for consumer electronics and military applications alike.

Only a few companies, including America’s Intel Corp, South Korea’s Samsung Electronics and Taiwan’s TSMC, are currently capable of manufacturing the most sophisticated chips. But China has made catching up to those companies in chip-making technology a key national priority and is investing tens of billions of dollars in the effort.

That drive has run head-on into the Trump administration’s efforts to block the flow of sensitive technology to China on national security grounds. Companies selling U.S.-made goods are now barred from shipping them to blacklisted Chinese firms including telecoms giant Huawei Technologies and surveillance vendor Hikvision without a special license.

The U.S. government can also deny licenses to firms that want to sell goods made with U.S. technology to any Chinese company, not just those on the export blacklist. But blocking companies like ASML that manufacture overseas is much more difficult.

Under current regulations, the United States can require a license for many high-tech products shipped to China from other countries if U.S.-made components make up more than 25 percent of the value. The U.S. Department of Commerce conducted an audit of ASML’s EUV machine, two sources told Reuters, but found it did not meet the 25 percent threshold, according to one of the people.

The U.S. Department of Commerce is now considering lowering the 25 percent threshold in some cases, Reuters reported in November.

With no way to block the sale directly, the Trump administration pressed its Dutch ally to consider the security issues. Lithography equipment falls under the purview of an international agreement known as the Wassenaar Arrangement, which coordinates export restrictions of so-called “dual-use” technology that has commercial and military applications.

Pompeo urged Rutte himself to block the sale, despite commercial pressures to let ASML proceed, during a visit to the Netherlands last June, three sources said.

With a market value of more than 110 billion euros, ASML has grown to dominate the lithography market over the last two decades and is the pride of Dutch industry.

“Our ask is that our allies and our partners and friends don’t do anything that would endanger our shared security interest,” Pompeo told reporters in The Hague on June 3. He did not mention chip equipment specifically.

The U.S. Department of State did not reply to a request for comment.

Six weeks later, during his visit to the White House, Rutte was given a copy of the intelligence report. Reuters could not determine whether U.S. President Donald Trump mentioned the ASML deal to Rutte during the White House meeting.

ASML’s export license expired unused on June 30, 2019, and no new license was granted in the following eight-week period during which a renewal request would normally be considered, according to a public database of licenses published by the Dutch Ministry of Foreign Affairs.

Netherlands Foreign Ministry spokeswoman Irene Gerritsen said the Dutch government has sovereign discretion to grant licenses of dual-use technology and would not comment on specific cases.

With or without the EUV license, ASML expects its Chinese sales to increase in 2020 as it continues to ship earlier-generation equipment.