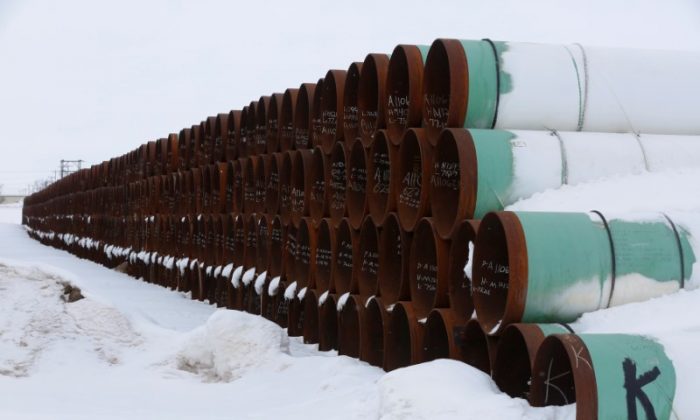 The United States has issued a presidential permit for TransCanada Corp’s Keystone XL oil pipeline, the Canadian company said on Friday, ending a years-long battle between environmentalists and the industry over whether Washington should approve it.

The pipeline linking Canadian oil sands to U.S. refiners had been blocked for years by former President Barack Obama, who said it would do nothing to reduce fuel prices for U.S. motorists and contribute to emissions linked to global warming. Environmental groups have forcefully opposed the pipeline.

Trump, however, campaigned on a promise to approve it, saying it would create thousands of jobs and help the oil industry, and signed an executive order soon after taking office in January to advance the project.

The multibillion-dollar Keystone XL pipeline would bring more than 800,000 barrels per day of heavy crude from Canada’s oil sands in Alberta into Nebraska, linking to an existing pipeline network feeding U.S. refineries and ports along the Gulf of Mexico.

Approvals are still needed from state regulators, and the pipeline could face legal challenges.

Expedited approval of projects is part of Trump’s approach to a 10-year, $1 trillion infrastructure package he promised on the campaign trail. The White House is looking for ways to speed up approvals and permits for other infrastructure projects, which can sometimes take years to go through a regulatory maze.

“It does fit into the overall strategy the president has for infrastructure,” the administration official said. The official, who asked not to be identified, added that Sean McGarvey, president of North America’s Building Trades Unions, was also expected to be present at the announcement.

Conservatives have said they support quick approval. Nick Loris, an energy and environmental researcher at the Heritage Foundation, said on Thursday that approval would “re-establish some certainty and sanity to a permitting process that was hijacked by political pandering.”

Environmental groups that have opposed the pipeline say they will continue the fight with petitions, political pressure and mass protests.