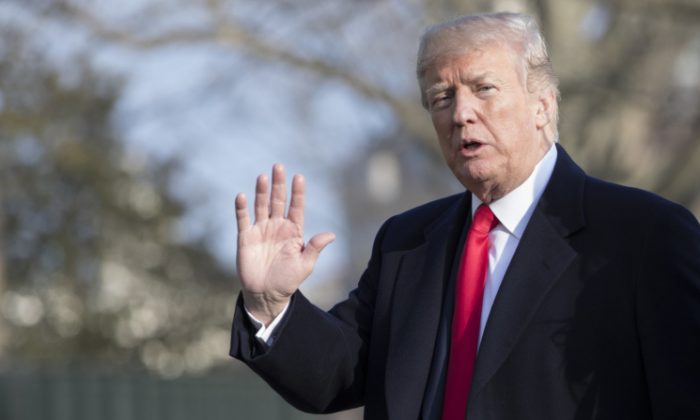 The administration of President Donald Trump is on pace to cut refugee admissions by more than three quarters this year, according to experts monitoring the latest numbers.

Trump slashed the maximum number of refugees allowed to enter the United States by 60 percent to 45,000 in 2018. With the current rate of admissions, experts estimate that 25,000 refugees will enter the country this year, a 77 percent decrease from the Obama-era high of 110,000.

“The national quota was lowered drastically by the Trump administration from 2018,” Don Barnett, a fellow at the Center for Immigration Studies, told Washington Examiner. “His quota is, like, 45,000. Likely by the end of the year the number will be substantially less than even that.

Barnett added that Trump could even reduce the refugee cap to zero since that power rests with the president.

During the eight years of the Obama administration, an average of 75,000 refugees settled in the United States. every year.

The question of refugee settlement is controversial because states shoulder the massive cost of settlement and have no meaningful way to opt out of the program.

This cost places a substantial fiscal burden on the states, which have no effective way exit the program. A Clinton-era regulation enabled private non-profits to take over refugee settlement from states which opted out of the federal refugee program. As a result, states which opted out of the program still received refugees through the private providers and still had to shoulder the associated welfare costs, according to the Center for Immigration Studies.

Tennessee sued the federal government last year over the Clinton-era regulation when the state saw its refugee numbers explode after it opted out of the refugee program in 2008.

“The Constitution does not confer upon the federal government the unbridled power to direct state spending or interfere with a state’s control over its own budget,” according to Richard Thompson of the Thomas More Law Center.

In Minnesota, the refugee question has become an election issue. The state has the highest concentration of refugees in the nation, in part because refugees flow in from other states after arriving, according to Twin Cities Pioneer Press.

“This could be the number one issue” in the state and local elections this year, Johnson said.