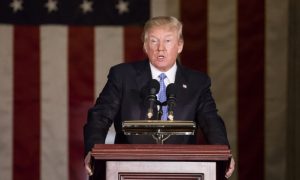 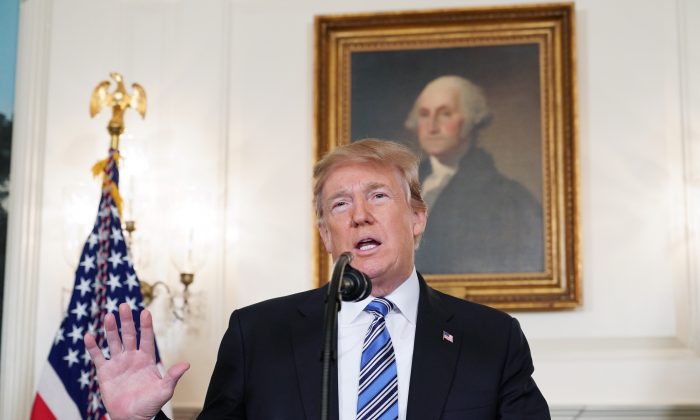 A day after 17 people were killed at a Florida high school, President Donald Trump addressed the nation.

“Today I speak to a nation in grief,” the president started his remarks.

“Our entire nation with one heavy heart is praying for the victims and their families,” he said.

“We are all joined together as one American family, and your suffering is our burden also.”

The shooter, 19-year-old Nikolas Cruz, was apprehended by authorities and has been charged with 17 counts of premeditated murder.

In his remarks, Trump called on the nation to “answer hate with love, answer cruelty with kindness.”

“We must also work together to create a culture in our country that embraces the dignity of life, that creates deep and meaningful human connections, and that turns classmates and colleagues into friends and neighbors,” he said.

The president said that later this month he will host a meeting with Governors and Attorney Generals to discuss ways to make schools safer.

“It is not enough to simply take actions that make us feel like we’re making a difference—we must actually make that difference,” Trump said.

The shooting was the second deadliest shooting in a U.S. public school after the 2012 massacre of 20 first-graders and six educators at Sandy Hook Elementary School in Newtown, Connecticut.

The deadliest school shooting in U.S. history was at Virginia Tech in 2007, when 32 people were killed.

Cruz may have left warning signs on social media. Buzzfeed reported that a person named Nikolas Cruz left a comment under a YouTube video that read “I’m going to be a professional school shooter.” The man who posted the video was alarmed and contacted the FBI, Buzzfeed reported.

FBI Special Agent in Charge Robert Lasky told reporters on Thursday the bureau received the 2017 tip but said investigators had been unable to locate the person who made the comment.

“No other information was included with that comment which would indicate a time, location, or the true identity of the person who made the comment,” Lasky said.