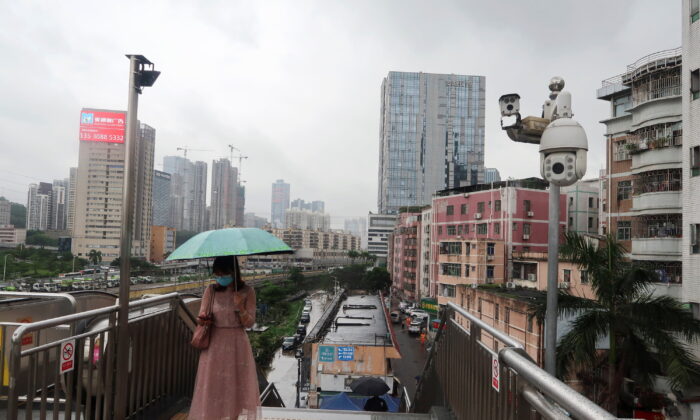 BEIJING—Several cities in southern China raised their cyclone warning signals on Wednesday, bracing for Tropical Storm Ma-on, which is expected to make landfall along the coast of Guangdong province on Thursday.

At 12:40 p.m. (04:40 GMT), the Hong Kong Observatory issued a strong wind advisory, with speeds up to 62 kph (39 mph) expected. The storm, about 440 kilometer (270 miles) southeast of Hong Kong, was expected to lash the city with heavy rains later into Thursday morning.

Hong Kong issued its third-highest typhoon warning on Wednesday evening as the storm trundled closer to the city, with authorities warning people to stay indoors.

Very hot weather has hung over the city for the past couple of days and temperatures reached as high as 34 degrees Celsius on Wednesday, with Ma-on—which translates to saddle—expected to be closest to the city on Thursday morning.

Hong Kong’s financial markets will not open on Thursday if the typhoon signal remains at 8 or higher at 9 a.m. (01:00 GMT).

The Maritime Bureau of the Hong Kong-Zhuhai-Macau Bridge issued a typhoon-level II emergency response, closing it to shipping.

The ninth cyclone of the season, Ma-on is expected to generate waves of five to eight meters across the northern part of the South China Sea, according to local media. Storm surges are expected to affect several cities in Guangdong province, including Shenzhen, Chaozhou, Huizhou, and Yangjiang.

Shenzhen airport said it will suspend operations from 3:00 a.m. to 2:00 p.m. on Thursday, according to a statement from its official social media account, and the city’s railway department suspended some train services between Wednesday and Friday, the local Southern Metropolis Daily reported.

China has a four-tier, color-coded weather-warning system, with red representing the most severe warning, followed by orange, yellow, and blue.

Ma-on is expected to gradually weaken after landfall, forecasters predicted.

The winds and rain could bring much-needed relief to southern areas assaulted by days of scorching heat, which has pressured China’s national electricity grid, damaged crops, and caused wildfires.

Though it will not directly impact Taiwan, the outer edges of Ma-on also brought heavy rain to southern and eastern parts of the island, with flights to the outlying Green Island and Orchid Island cancelled on Wednesday.