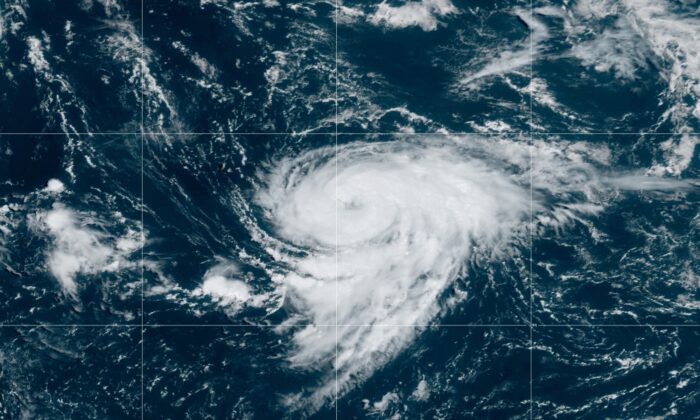 Tropical Storm Danielle Forms in the Atlantic, Expected to Become Hurricane on Friday

Tropical Storm Danielle formed Thursday in the Atlantic and is expected to become the first hurricane of an unusually quiet storm season.

The storm is forecast to become the season’s first hurricane on Friday, the National Hurricane Center (NHC) said in its latest advisory.

The storm, which is located about 925 miles west of the Azores with maximum sustained winds of 65 miles per hour, is expected to meander and strengthen further in the next couple of days, the NHC said.

The storm is moving toward the east, posing no hazards affecting land, the NHC added.

The tropical storm comes amid what had been a calm hurricane season. It is the first time since 1941 that the Atlantic has gone from July 3 to the end of August with no named storm, Colorado State University hurricane researcher Phil Klotzbach had told The Associated Press earlier.