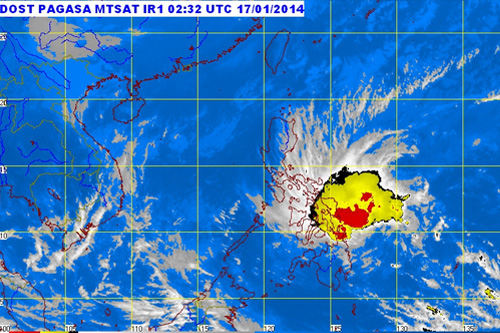 Tropical storm Agaton– which is not likely to become Tropical Cyclone Agaton–is moving southwest on Friday around noon after killing at least 34 people.

The storm was located 150 kilometers away from Hinatuan, Surigao del Sur, the weather agency PAGASA said in a noon alert. It has maximum winds of 55 kilometers per hour at the moment.

Previously, the storm brought rain to Mindanao, which triggered landslides and other hazards and killed at least 34 people, reported ABS-CBN, citing the National Disaster Risk Reduction and Management Council.

But the storm is supposed to weaken.