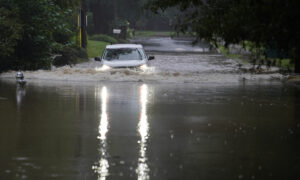 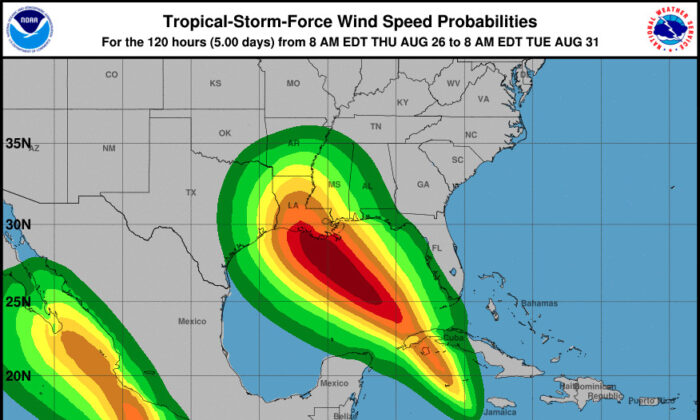 Tropical depression Nine wind speed possibilities as shown on the afternoon of Aug. 26, 2021. (NHC)
US News

Tropical depression Nine has formed over the Caribbean Sea and is expected to become a tropical storm on Thursday night before strengthening into a hurricane near western Cuba or the southeastern Gulf of Mexico, the U.S. National Hurricane Center said on Thursday.

“Additional strengthening is likely over the Gulf of Mexico and the system could be near major hurricane strength when it approaches the northern Gulf coast,” the Miami-based weather forecaster said.

The depression, now about 115 miles south-southwest of Negril, Jamaica, with maximum sustained winds of 35 miles per hour, is expected to move over the southeastern and central Gulf of Mexico Friday night and Saturday, the NHC said.