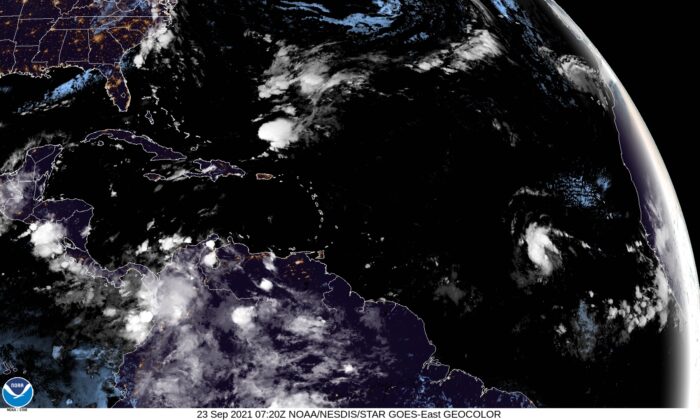 Tropical Depression Eighteen formed in the eastern Atlantic on Wednesday and is expected to strengthen over the next several days, the U.S. National Hurricane Center (NHC) said in its latest advisory.

Maximum sustained winds are near 35 miles per hour (55 km/h), the NHC said, adding that the depression is forecast to become a tropical storm by Thursday and could be near hurricane intensity by the weekend.