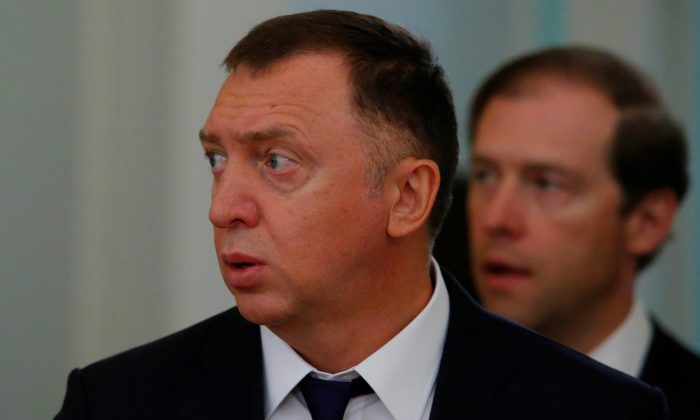 The U.S. Treasury Department has imposed new sanctions on 18 Russians and four Russian entities for “continued disregard for international norms.”

The Treasury confirmed on Dec. 19 that these Russians are accused of interfering in the 2016 U.S. presidential election, hacking into several international organizations, and attempting to assassinate a former Russian spy in the United Kingdom.

The department also proposed dropping sanctions on three companies that have agreed to push out an already sanctioned Russian aluminum tycoon, Oleg Deripaska, from the position of controlling them.

The sanctions targeted 15 members of a Russian military intelligence service and four entities allegedly involved in the election interference as well as the hacking of the World Anti-Doping Agency, Organization for the Prohibition of Chemical Weapons, and more.

Treasury also put Victor Boyarkin on the list for his ties to Deripaska. Boyarkin is a former intelligence officer who reports directly to Deripaska and helped provide “Russian financial support” to a Montenegrin political party ahead of the 2016 elections in Montenegro, the Treasury said.

Deripaska himself remains sanctioned, but the Treasury plans to remove three companies he controls, En+ Group, Rusal, and EuroSibEnergo, from the list in 30 days, informing Congress to the effect.

In April, the Treasury imposed sanctions on Deripaska, aluminum giant Rusal, En+, and other companies he has a stake in, citing “malign activities” by Russia, prompting a price spike in global aluminum markets.

After lobbying by European governments, Washington postponed enforcement of sanctions and started talks with Deripaska’s team on removing Rusal and En+ from the blacklist, if he ceded control of Rusal.