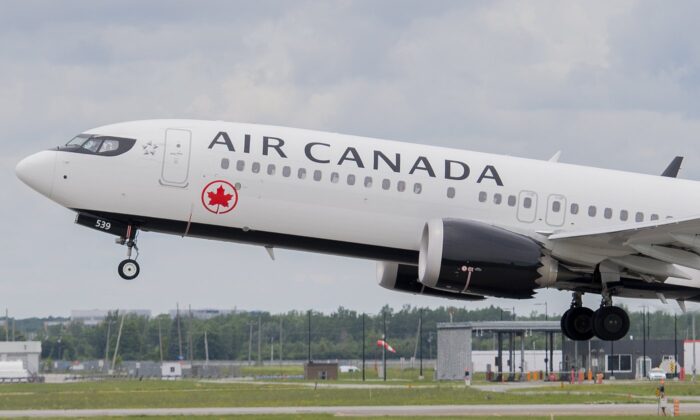 A senior official at Transport Canada expressed doubts about the rationale for a vaccine mandate for transportation 13 days before it came into force, and had asked Health Canada for more data to justify the policy, internal emails reveal.

“To the extent that updated data exist or that there is clearer evidence of the safety benefit of vaccination on the users or other stakeholders of the transportation system, it would be helpful to assist Transport Canada [in] supporting its measures,” wrote Aaron McCrorie in an Oct. 18, 2021, email to Dawn Lumley-Myllari.

McCrorie is the associate assistant deputy minister for safety and security at Transport Canada, and Lumley-Myllari is the director general of the Strategic Policy Branch at the Public Health Agency of Canada (PHAC).

The email exchange was first reported on by columnist Rupa Subramanya in the blog Common Sense in early August. Since then The Epoch Times has obtained the source documents and can reveal more about what was said.

The documents were filed in court last week in relation to four lawsuits challenging the travel vaccine mandate.

McCrorie told Lumley-Myllari that his department wanted mandatory vaccination to increase the safety of the transportation system and that this was “somewhat supported” by a PHAC document pertaining to the public service’s vaccine mandate.

McCrorie said the document was “helpful to support a transportation safety rational[e] for passenger but such rationale is not as strong.”

The Transport Canada official highlighted issues pertaining to a lack of data on the risk of in-flight transmission of the virus.

The Epoch Times previously reported that both Transport Canada and PHAC had earlier assessed that risk to be low.

“The document does include information about transmission of the disease in closed spaces but no data or evidence is offered (that we can see) that can be linked to the safety of the transportation system, the passengers and the crew,” McCrorie told Lumley-Myllari.

“The document even refers to a CDC [U.S. Centers for Disease Control and Prevention] study that explicitly mention[s] that further studies are needed to confirm whether vaccination is effective against the Delta variant.”

McCrorie told Lumley-Myllari he was aware of a PHAC deck indicating that positivity rates for unvaccinated travellers were eight times higher and that “strongly supports the position that vaccinated travellers are much less likely to be a vector for the transmission of COVID within the transportation system.”

In concluding, McCrorie asked Lumley-Myllari to confirm the data and provide updated evidence which would “obviously assist supporting the TC [Transport Canada] measures.”

“Our requirements come in on October 30 so need something fairly soon,” he wrote on Oct. 22.

Lumley-Myllari replied an hour and a half later telling McCrorie that medical advisers were “working on updating the Rationale to reflect any recent data that can strengthen the document which should address your request below.”

There was no direct recommendation for mandatory vaccination per se, but the email noted that vaccine mandates in provinces and territories and other sectors such as healthcare and corporations had increased significantly across Canada.

Lumley-Myllari also enumerated statistics on COVID cases and hospitalizations, indicating the rates were much higher among the unvaccinated, and also noted the decline in vaccine effectiveness.

The public health official also attached to her email an evidence brief from PHAC on the risks of in-flight transmission but noted it contained information up to May 2021.

“There may be an opportunity to revisit this subject, as further evidence may be now emerging as to the risk mitigation potential of vaccination of both travelers and airline staff,” Lumley-Myllari said.

Transport Canada was already aware of the PHAC brief on the risks of in-flight transmission, as the department’s official in charge of writing the vaccine mandate policy had rejected its findings.

Jennifer Little, director general of the COVID Recovery Team, was presented as a witness by the Attorney General in its defence of the travel mandate.

She said during her cross-examination in early June that she had chosen to ignore the brief’s findings because they were out of date, and did not consider the more contagious Delta variant in circulation at the time. Little has no scientific background.

The PHAC brief was indeed revisited after Lumley-Myllari told McCrorie of that possibility and the latest version was published a month after, in late November 2021.

“Across reviews, the risk of infection during a flight is low,” says the brief.

The author of the brief, PHAC epidemiologist Dr. Lisa Waddell, was cross-examined in late May and said the travel mandate was based on little data on in-flight transmission, and even less on the impact of vaccination.

“There are not many studies that look at vaccination status, most of the research that’s been done occurred prior to widespread vaccination,” she said.

Waddell added she wasn’t aware of the government undertaking its own independent study to assess the issue.

The Liberal government suspended its vaccine mandate for domestic travel on June 20, while warning it could be brought back according to circumstances.

The Attorney General is attempting to have the lawsuits challenging the mandate thrown out on the basis of mootness.

Challengers argue the mandate could still be re-implemented and that a judge needs to assess potential breaches of charter-protected rights.