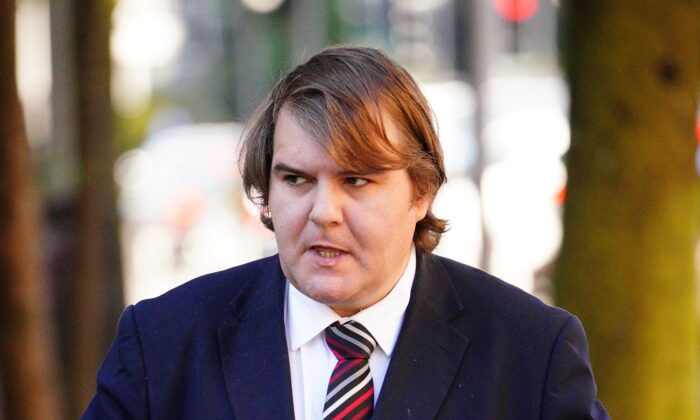 An MP who was disqualified from driving for six months on Monday after being convicted of three traffic offences will not face any further action and will be free to vote in the first round of the Conservative Party leadership contest on Wednesday.

Jamie Wallis, 38, came out as a transgender woman in March 2022. He told Cardiff Magistrates’ Court on Monday he had been raped in September last year and was suffering from post-traumatic stress disorder (PTSD) when he fled the scene of a crash on Nov. 28, 2021.

Wallis—who won the previously safe Labour seat of Bridgend at the December 2019 general election—was convicted of failing to stop, failing to report a road traffic collision, and leaving a vehicle in a dangerous position after he crashed his Mercedes car into a telegraph pole in the village of Llanblethian in south Wales.

He was acquitted of driving without due care and attention by District Judge Tan Ikram, who said there was no way of telling how the accident had happened.

But Ikram went on to say: “I am going to be upfront: I didn’t find the defendant credible in the evidence he gave. When I watched him give evidence it seemed to me not only was he fitting his own behaviour around the behaviour of PTSD, and his actions on the night do not suggest he was overwhelmed and acting out of fear that night.”

“Having PTSD is not a defence. What the prosecution have proved to me he was able to make decisions that night—he made bad decisions. I am sure he was not prevented through PTSD to give details or particulars and report the accident soon after,” added the judge.

But a spokesman for the Conservative Whips’ Office said: “Jamie Wallis MP has been found guilty of various offences and it is right that he has been punished. We will not be taking any further action and will continue to provide welfare support.”

The crash happened at 1 a.m. and Wallis was not arrested until 7 a.m., when he was detained at his parents’ home.

Ikram pointed out that if Wallis had remained at the scene he could have been tested to see if he had been driving while intoxicated.

The judge warned him that if he were to ignore the driving ban and get behind the wheel of a car in the next six months he would be committing a serious offence and would almost certainly go to prison.

The court heard how a witness saw a man in a dress and high heels get out of the car and walk away from the crash scene.