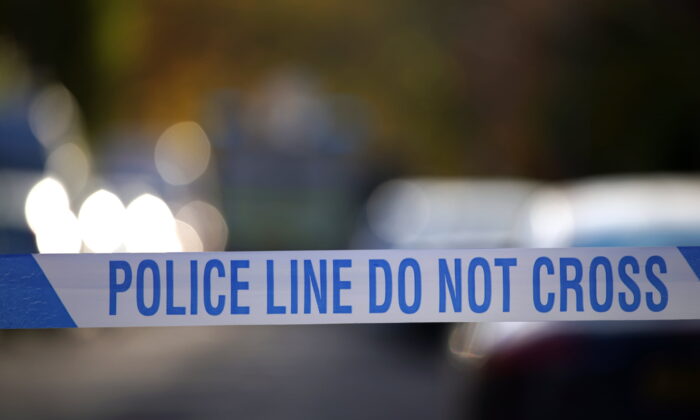 A transgender MP who allegedly fled the scene of a car crash wearing women’s clothing told police officers he feared being “raped, killed, or kidnapped,” a court has heard.

Jamie Wallis, who has been the Conservative MP for Bridgend in south Wales since December 2019, said he developed post-traumatic stress disorder after being raped in September 2021.

Wallis told Bridgend Magistrates’ Court on Monday he left the crash scene because he had a “PTSD attack” and felt “vulnerable,” thinking he was “going to be attacked again.”

Wallis denies failing to stop at the scene of an accident, failing to report a road traffic collision, driving without due care and attention, and leaving a vehicle in a dangerous position.

The court heard that on Nov. 28, 2021 a Mercedes E-class saloon allegedly being driven by Wallis hit a lamppost and a telegraph pole in Llanblethian, near Bridgend.

Watson said he found the Mercedes crashed into the telegraph pole and saw in the driver’s seat “a white male wearing a white long-sleeve top which was tight to the body, a black leather PVC mini-skirt, tights, dark shoes with a high heel, and a pearl necklace.”

Wallis then allegedly walked off and was picked up by his father in a Land Rover Discovery.

Sgt. Gareth Handy said when he arrived at the family’s “absolutely colossal” mansion six hours later he forced entry into the property because he was so concerned about the MP.

Handy said he found Wallis asleep, with “make-up on his face” and a “blonde wig” was found on a table.

Giving evidence on Monday, Wallis said he had been “wearing clothes I felt most comfortable in, which I often do when I’m alone, which are women’s clothes” on the day before the crash.

Peter Rouch QC, defending, asked Wallis, “How long have you felt like this?”

“Since I was a small child,” replied Wallis, who came out as transgender in March 2022.

In court Wallis said he had been raped by a man in September 2021 and added: “It was profoundly distressing and traumatised. I became obsessed with what happened, I kept thinking about it, having nightmares and flashbacks. I would wake up in the middle of the night believing he was in my flat.”

The trial is expected to last for two days.