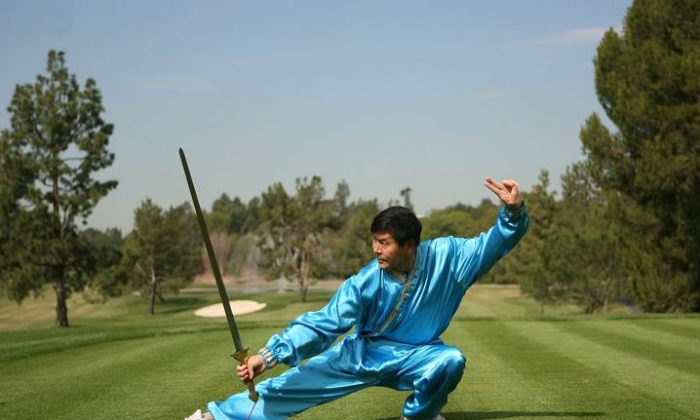 According to a scientific study done by researchers at a Hong Kong university, teaching children how to fight may be the best way to keep them from doing it.

Central to the study, conducted at the City University of Hong Kong (CityU), is martial virtue—the moral basis of traditional Chinese martial arts, and which is known by the Chinese name of “wu de.”

Three hundred and fifteen children, including 244 boys and 71 girls, from a variety of schools and economic backgrounds in Hong Kong took part in the study, which was aimed at evaluating “the impact of Chinese martial arts on young children” and exploring Chinese martial arts as “an aggression-reducing intervention,” as described on CityU’s site.

The study’s finding showed that children who received education in martial arts skills and ethics exhibited significant reductions in aggressive or antisocial behavior such as bullying or fighting. They also found it easier to focus.

The participants completed surveys to assess their existing aggressiveness, and then divided into four groups that included different combinations of instructional focuses—martial arts skills, martial arts ethics, both, and none. The “none” group served as the control.

Instruction in “martial ethics” included having children watch martial arts-themed films like Fearless, Ip Man 2, and Kung Fu Hustle. Instructors also led discussion and role-play scenarios to simulate interpersonal social conflict to help children learn the ethics depicted by the movie characters. Children learned to recite proverbs like “Those who can’t fight end up fighting, those who can fight don’t strike others.”

A Tale of Two Generals, a Prophecy, and the Search for the ‘Art of War’

All groups, including the control group, showed behavioral improvement, but the changes were most marked among children who learned both skills and ethics. When faced with defensive situations, their aggressive responses dropped by over 40 percent, and they were 65 percent less likely to initiate conflicts.

Children in the skills-only group showed less dramatic improvements, but those only educated in ethics did not experience any statistically significant changes.

Lee Ka-hung, a martial artist and social worker, said that past research has been largely limited to the effects of martial arts on physical health. He believes that CityU’s study can help popularize the traditional disciplines. dropping fertility rates have caused many children to be pampered by their parents. Such children often become obstinate and entitled, and are more inclined to use coercion to achieve their goals.

According to Li Youfu, a renowned Chinese martial arts master from Beijing, traditional martial arts are rooted in the spiritual philosophy of the Tao or Way, while modernized disciplines have largely foregone this essential characteristic.

“Many people, including some of the novice learners, see Chinese martial arts as merely a skill set for hand-to-hand combat,” said Dr. Fung, a child psychology expert and the project’s principal investigator in the CityU study, “but the essence of this part of our cultural heritage lies in its code of ethics.”

The mother of 11-year-old Leung Ho-hei, who has been practicing martial arts for four years, said that she was attracted to the discipline because of the focus on morality. In the past, she said her son would impulsively return fists when being bullied, but learned endurance after studying martial arts.

The traditional respect for teachers and virtue had effects on 9-year-old Hong Yi-hei, who used to mistreat his younger brother. After the brothers took up martial arts, however, his mother reported that Yi-hei took better care of his younger sibling.

“It’s clear that we can prevent children with aggressive attributes from growing into aggressive grown-ups who could commit violent crimes,” said Dr. Fung. “We hope a teaching methodology based on Chinese martial arts can be derived from this research and adopted by local schools in the near future.”