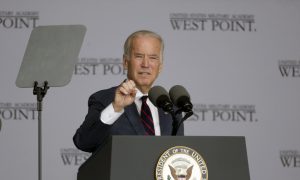 China’s harsh trade attacks on Australia have surprised politicians around the world. Renowned Chinese economist Cheng Xiaonong provided a unique explanation for Beijing’s behavior. He believes that the Chinese Communist Party’s (CCP) goal is to coerce Australia into abandoning its national defense construction so that the CCP’s nuclear submarines can pass through the waters near Australia easily and directly pose a military threat to the United States.