Connecticut Gets Help to Fix Bridges After Floods
0 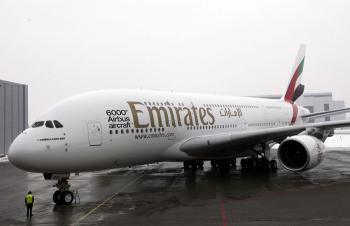 Trade Relations Between Canada and the UAE Threatened

Taufiq Rahim, from the Dubai School of Government, said that although the current $2 billion trade balance between the two countries would likely be unharmed, the fallout from the dispute would hurt future relations.

“Will you see Canadian delegations coming here on a regular basis in future? I would say probably not,” he said.

The relationship between the two countries has been fraught since October when Ottawa rejected a bid by UAE airlines, Emirates airline (Dubai’s national carrier) and Etihad (Abu Dhabi national airline), for daily landing rights.

Then at the end of last year, Canadians lost their free-visa status to the UAE and would have to pay upwards of $1,000 to visit the country.

Shane Philips, head of the Canadian Business Council in Dubai, told local media that the visa rules in particular would deter businessmen from attending trade shows in the UAE as casually as they had done before.

In recent weeks, the country has seen a steady procession of Canadian officials visiting the Emirates in a bid to patch up a once healthy relationship that was now in tatters.

Bob Rae, the opposition Liberal Party critic for foreign affairs, was the first to visit— in an unofficial capacity. He met with ministers and airline bosses, who he said were particularly displeased with Prime Minister Stephen Harper for his abrasive style.

Harper attacked leaders in the UAE for using Camp Mirage as a trump card in what was essentially a commercial dispute.

“When we, as a country, offer to be part of a international mission to help protect global security, then somebody comes along and uses that to try and leverage demands on our domestic airline industry, I don’t think that’s a situation we, as a country, want to be in,” he told Canadian media QMI Agency.

Even so, the decision to reject the application for landing rights has cost the country hard already. It has been reported that the cost of relocating the logistics base has already reached $300 million.

“A better relationship between the two countries makes sense, and an escalation of the conflict makes none,” Rae wrote on his blog. “The UAE is an important hub and a potentially larger economic partner for Canada.”

Rae has been attacked by the ruling Conservatives, who accused him of being a “doormat” for the UAE rulers and someone who could potentially undermine Canadian interests.

However, he is not the last to come to the UAE. Last Friday, a delegation from Alberta jetted in, in a bid to shore up a trade relationship between the province and the Emirates that is worth around $175 million to Alberta annually.

Leader of that delegation, Iris Evans—the international and intergovernmental minister for the province—told UAE local daily The National that there needed to be a resolution.

The reason for the rejection of landing rights has centered on allegations that both Emirates and Etihad are government subsidized and their lowered airfares could drive business away from Air Canada—sparking huge job losses.

However, the allegation of government support has been strongly rejected by airline bosses here. Emirates, in particular publishes a full audit on its website from PriceWaterhouseCoopers, which does not show any evidence to substantiate the claim.

Tim Clark, president of the airline, referred to Harper’s comments as a “Groundhog Day cycle of myths and misrepresentations.”

However, Canada is not the only country to protest against the expansion of Emirates. Lufthansa is also reported to be fighting a bid by the airline to get more landing rights in Germany.

“[It's] further confirmation that Canada was not only correct in what it did but also that it is not alone in wanting to ensure fair access to air rights,” said Air Canada chief operating officer Duncan Dee, in comments to the Globe and Mail.