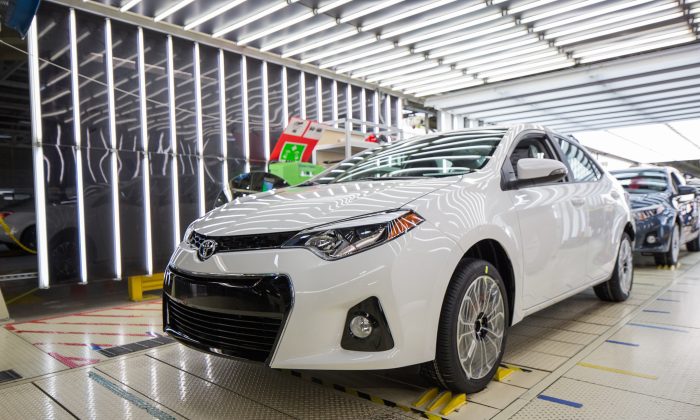 An estimated 2,000 Toyota members accomplished this task faster than any other Toyota plant in America. Since the vehicle debuted in 1968, more than 10 million have been sold in the United States and 40 million worldwide.

Toyota has taken those resources derived from sales and placed it back into local communities. Toyota and its Mississippi-based suppliers have created nearly 3,700 jobs, while investing more than $1.26 billion in the state’s economy.

Speaking of environmental responsibility, eight out of ten manufacturing plants in the U.S. have achieved zero land-fill targets, and Toyota Mississippi is working to become a zero land-fill facility as well.

Today Toyota is the world’s top automobile manufacturer. With the creation of the Prius and other brands like Lexus and Scion, it is easy to understand how over the past 50 years more than 25 million cars and trucks have been manufactured in their 14 plants in North America. Since 1986 there have been 365,000 U.S. jobs created with suppliers and dealerships. More than 40,000 of these are directly employed by Toyota, and more than 32,000 work in the U.S.

There are 1,800 dealerships in North America (1,500 in the U.S.) that sold more than 2.35 million cars and trucks in the US in 2014. Just to understand how rugged and dependable the Toyota product is, note that of all the cars sold in the last 20 years, 80 percent are still on the road.

Philanthropic organizations across America have benefitted from resources dedicated to education, safety and environment by Toyota.

The company’s extensive know-how demonstrates through the production of great cars, and by helping local community organizations as well as numerous nonprofits.