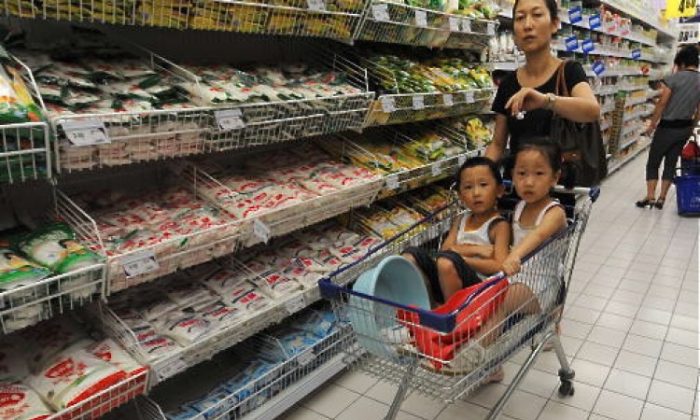 Health conscious people in China are frustrated that new food items are continually being added to their beware list as numerous articles in the past several months have revealed an unacceptable number of foods tainted with toxic substances.

Quality testing of pork from a farmer’s market in Hainan Province revealed antibiotic levels exceeding the safety standard. Spicy duck legs and eggs sold in the market contained banned ingredients such as saccharin (benzoic sulfimide) and ofloxacin. Saccharin is an artificial sweetener that can cause liver or kidney damage. Ofloxacin is a broad-spectrum fluoroquinolone antibiotic that is banned in China for use in food-animals, including egg-producing hens.

Ofloxacin was also detected in yellow croaker fish in one of Tianjin’s aquaculture markets.

Pomfret (fish) and prawns in another supermarket in Tianjin were found to contain furazolidone metabolite, a broad-spectrum antibiotic that is banned for use in food-animals because long-term consumption may lead to hemolytic anemia, polyneuritis, eye damage, acute liver necrosis, or cancer.

Fake honey has become a serious and wide-spread problem in China. According to an insider who spoke to Chinese state media, 60 to 70 percent of the honey on the market is a manmade product. The main ingredient is syrup, from rice or corn, blended with food additives such as potassium alum, synthetic sweetener (cyclamate), and maltose. Moreover, this illegal practice is usually prepared in unsanitary workshops.

Chinese social media, such as WeChat and Tiktok, have been promoting a new product called “weight loss coffee.” Some consumers complained that they experienced dizziness, palpitations, insomnia, and other adverse symptoms after drinking it. Quality assurance agencies discovered that the weight loss effect actually comes from sibutramine in the coffee, an appetite suppressant that has been discontinued in many countries due to its serious side effects, such as, constipation, upset stomach, insomnia, dizziness, drowsiness, menstrual pain, headache, flushing, joint and muscle pain, as well as increased risk of heart attacks and strokes in patients with a history of cardiovascular disease.

In late December, several consumers reported that the eggs they bought from local supermarkets contained a gel-like substance that didn’t dissolve when the raw eggs were beaten. When boiled, the cooked eggs have the consistency of a rubber ball—elastic and hard to crush. Consumers wonder what’s in the chicken feed that causes hens to produce such weird eggs.

The fact that even eggs are not safe worries consumers.