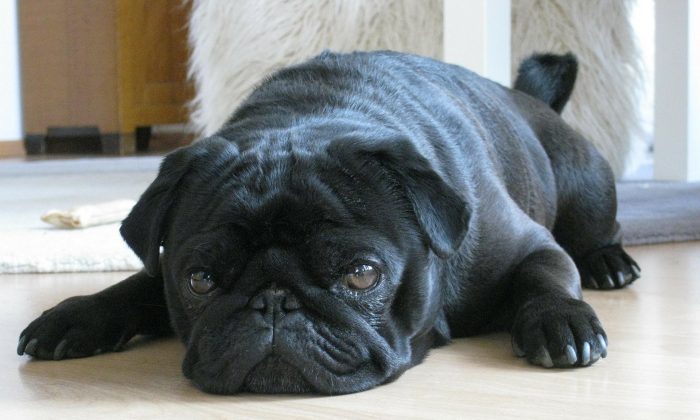 A black pug rests on the floor. (Pixabay)
Europe

A small purebred dog has become a big headache for authorities in a German town who seized it over unpaid taxes and sold it on eBay, only to face a lawsuit over medical bills from the new owner.

The family pug, named Edda, was bought online in December for the knock-down price of 750 euros ($850) from authorities in the town of Ahlen. Year-old pugs like Edda normally fetch double the price.

The new owner, Michaela Jordan, told local paper Ahlener TageBlatt that she was assured the dog was healthy. The advertisement said it was chipped and had been given a clean bill of health by veterinarians.

But a week later Jordan discovered that Edda had an eye injury, requiring four operations.

Jordan is now seeking compensation from the council, totaling about 1,800 euros. According to WDR, she is threatening legal action.

The dog’s former owner told the paper that authorities had initially indicated they were going to take her husband’s wheelchair as debt payment, when court bailiff and two city officials arrived at her home in November. When it turned out her husband’s wheelchair did not belong to the couple, without warning, they took Edda instead because of her high value as a purebred dog.

It was the first time that the city authorities had seized an animal as debt collection, according to Bild.

“How it all ended, that was absolutely not okay,” the former owner told Tageblatt.

She said, “I know now that Edda is in good hands,” but added her three children miss the dog.

The owner said that she accepted that authorities had acted within the law.

The dog was advertised on eBay as a “Sweet pedigree pug bitch for sale! Not castrated!” The price was 750 euros, negotiable.

Jordan, who is a police officer, was initially suspicious of the low price—half of the 1,500-2000 that year-old pugs like Edda normally fetch. The advertisement was listed on a private eBay account.

So she phoned one of the two numbers in the listing to check that the sale was legitimate. To her surprise she found that the call went through to someone in the local authority, who explained about the seizure and assured her that everything was legal and aboveboard, and that the pug was healthy. She was told the first prospective buyer who pays the by-it-now price gets the pug.

Ahlen, located in Northwest Germany, has a population of around 50,000.

A spokesperson for the city told Bild that the legal requirements for the seizure were met. However, he said that using a private eBay account raised questions.

City authorities are looking into the matter, according to Bild, and the employee is still on duty.

An eBay spokesperson told Bild that the sale was allowed, according to its rules, although they said that from a moral point of view, the case was strange. “The question is whether a city should seize a dog.”

According to the American Kennel Association, pugs stand between 10 and 13 inches tall and usually live for 13-15 years.