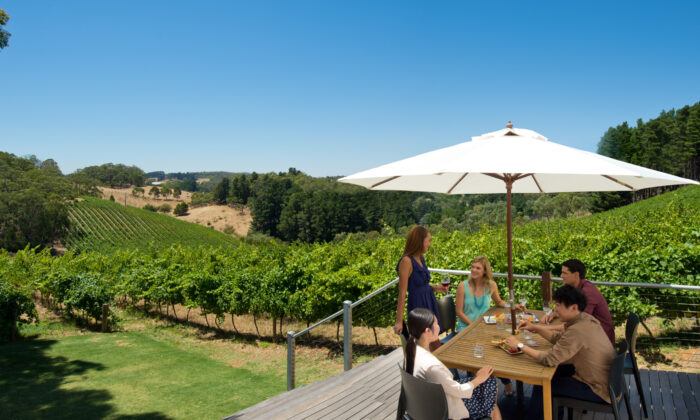 With the peak summer travel period just around the corner, Tourism Australia is urging Aussies to travel in their own backyard despite travel restrictions.

Border closures still exist for New South Wales and Victorian residents wanting to travel to Queensland, Western Australia, and Tasmania, but in NSW and the Australian Captial Territory visitors are now welcome in South Australia and the Northern Territory.

The peak tourism body launched its latest crusade on October 13, which is fronted by comedian Hamish Blake and his wife author Zoe Foster-Blake.

The iconic Aussie couple were chosen for their influence and affinity with Australia, and recent addition as Friends of Tourism Australia, a program consisting of opinion leaders that promote Australia as a travel destination.

“It does feel special to be able to help promote our country because we love travelling, we love adventure, and we love Australia. So we can’t really think of anything that’s a better fit,” Blake said.

“We know everybody feels like a holiday right now, so it’s not exactly a tough sell, … not only will they create incredible memories, they’ll be helping the tourism sector right across the country to bounce back.”

The campaign launch comes a week after Treasurer Josh Frydenberg told the National Press Club on Oct. 7 that overseas travel was not likely until late 2021.

Tourism Australia Managing Director Phillipa Harrison said domestic holidays must be encouraged because even people who cannot travel can start plotting their next dream escape.

“For those Australians who aren’t in a position to take a holiday, the campaign encourages them to dream about all the
wonderful tourism experience that exists on their doorstep,” Harrison said.

It will also help fill the void left by international travellers by encouraging Australians not only to book a holiday but also “experiences” such as camel rides and watersport lessons that an international tourist would.

Last week in its 2020-21 budget, the Federal Government handed Tourism Australia $232 million to support the reeling tourism industry amid the pandemic.

Federal Tourism Minister Simon Birmingham said this campaign was about getting more Australians on planes to have “a surf lesson in Byron Bay, a wine tasting experience in the Adelaide Hills, a boat trip out to the Great Barrier Reef or a guided walking tour in the Top End”.

“Book a plane ticket, head to an interstate destination and help save a tourism business or the job of a fellow Australian,” Birmingham urged.

The latest promotion is a revival of Tourism Australia’s ‘Holiday Here This Year’ campaign that launched in January 2020 and was initially created to support the bushfire recovery by encouraging Australians to take a domestic holiday.