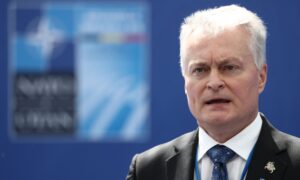 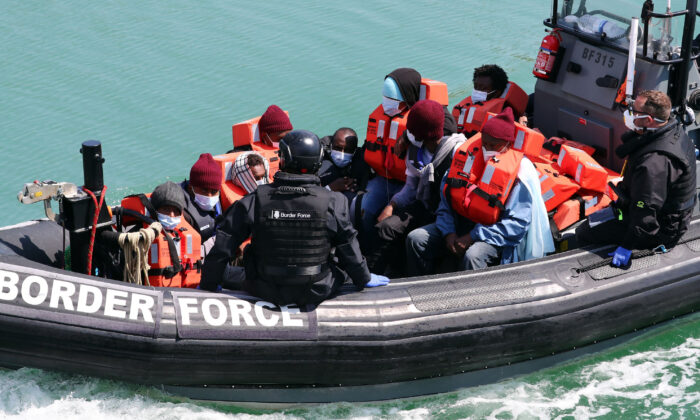 A group of people thought to be illegal migrants are brought in to Dover, Kent, following a small boat incident in the Channel on June 6, 2021. (Gareth Fuller/PA)
UK

Tougher Prison Sentences Introduced for Trafficking and Slavery in the UK

Gang leaders involved in trafficking people face prison sentences on a par with rape and murder, under new UK sentencing guidelines that will start in October.

The guidance—the first to cover the relatively new category of modern slavery offences—recommends a “starting point” of 14 years in jail for trafficking bosses.

Sentences can reach a maximum of 18 years.

Research suggests that the majority of sentences meted out under previous legislation for a similar category of offences were well under 10 years.

Sentencing Council member, Rosina Cottage QC, said in a statement, “Modern slavery targets vulnerable people who are exploited for financial gain by the offenders and can cause serious physical and psychological harm.”

Judges are asked to use leniency for sentencing of those involved in trafficking or slavery who are themselves victims.

The new guidance comes as illegal migrant crossings over the English Channel continue to surge beyond previous levels.

Just three years ago, Channel crossings were only a tiny fraction of illegal immigration.

Already this year over 11,000 people have made the crossing from France on what are typically small inflatable boats.

Home Secretary Priti Patel has vowed to make crossing what is one of the world’s busiest shipping lanes “unviable” for the smugglers and immigrants.

The government recently introduced the Nationality and Borders Bill, which is currently making its way through parliament, aimed at revamping the “broken” immigration system.

The government claims it will provide better support for those in genuine need of asylum, while at the same time weeding out bogus claims, as well as deterring illegal immigration.

The proposed law would raise the penalty for illegal entry from six months to four years imprisonment, and mete out life sentences for trafficking.

A report by the London School of Economics in 2007 (pdf) estimated the number of “irregular” migrants living in the UK was 533,000—a little under 1 percent of the population.

According to the Home Office, last year, when migration dropped due to pandemic restrictions, “known illegal entry” was around 16,000 people .