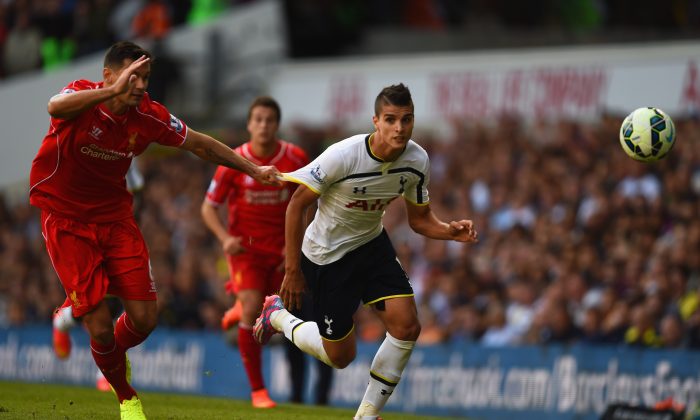 Dejan Lovren of Liverpool pulls on the shirt of Erik Lamela of Spurs during the Barclays Premier League match between Tottenham Hotspur and Liverpool at White Hart Lane on August 31, 2014 in London, England. (Photo by Jamie McDonald/Getty Images)
Soccer

Tottenham Hotspur and Sunderland are scheduled to play in an EPL match on Saturday, September 13.

The game will be broadcast on Absolute Radio in the United Kingdom.

The game will also air on Premier League Extra Time, Directv, and NBCSN in the United States.

Spurs are 6/5 to win the match, as compared to 11/4 for Sunderland as per OddsChecker.