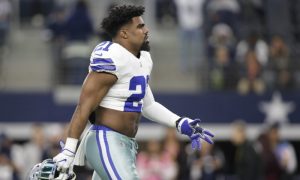 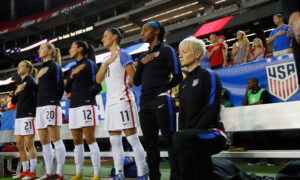 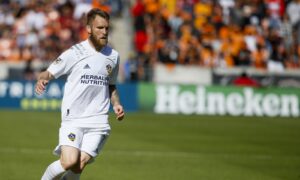 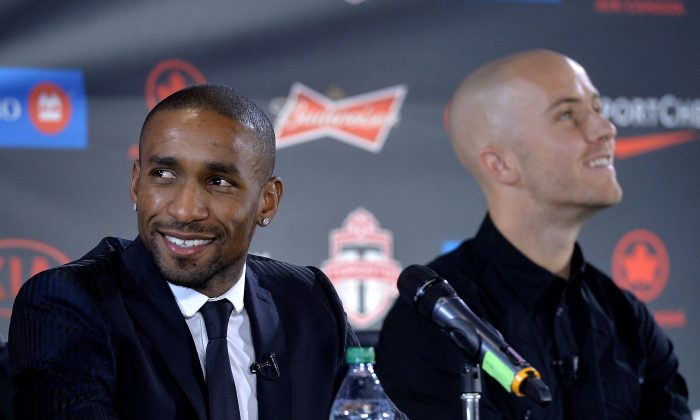 “It’s a bloody big deal” was Toronto FC’s brash marketing campaign leading up to Monday’s highly anticipated press conference. And it turned out to be an understatement.

Toronto FC was supposed to present their newest designated player signing in England international Jermain Defoe, but the MLS club also confirmed one of the league’s worst kept secrets by unveiling U.S. international midfielder Michael Bradley as another DP signing.

The signings were spearheaded by Maple Leaf Sports & Entertainment president and CEO Tim Leiweke, who brought David Beckham to the L.A. Galaxy in 2007.

Thinking big along those lines, Leiweke wanted to reward TFC’s long suffering fans. In his press conference, he quoted Robert Kennedy, “Why can’t we be great?”

Defoe, 31, has scored 124 goals in 380 English Premier League games, including one just this past Saturday for Tottenham Hotspur. To say he is a striker unlike any other Toronto FC have had is not an exaggeration.

“I feel at home already,” Defoe said as TFC’s fans chanted, “This is your house!” at the start of his press conference.

Defoe went on to say how important musician Drake and former England teammate Beckham was to him joining the Reds. He also admitted to thinking about playing in MLS at some point in his career prior to TFC’s overtures.

“I’m delighted I made the decision to come,” Defoe said.

Defoe still has plenty of soccer left in him. But the certainty of a four-year contract estimated to pay him $8 million a season was too good to pass up. MLS is a challenge for players coming from Europe with it’s pace, physicality, and long flights for away games. But Defoe realizes it’ll be a challenge and he’s excited to take it up.

“We promised our fans in October that building a winning club was our top priority and we scoured the globe to find the right players to fulfill that promise,” Leiweke said Friday on Toronto FC’s website. “Jermain Defoe was the top player on our list and we got our man.”

Defoe will be in game shape by the time the MLS season begins in early March. He will remain at Spurs until Feb. 28. It remains to be seen if he will be selected for England’s World Cup squad, but he did feature most recently for England on Nov. 15, 2013 in a friendly against Chile.

“Hopefully the manager knows what I can do. I am 31 and I have played in the Premiership my whole career,” Defoe said in an interview with Sky Sports News prior to leaving for Toronto.

‘Chance to Build Something Special’

In the 26-year-old Bradley, TFC obtain arguably the U.S.’s top player who had been having a very successful career with high flying AS Roma of Italy’s Serie A. He is a shoo-in to play for the U.S. in Brazil at the 2014 World Cup.

Bradley sees what TFC is building as a unique opportunity for himself. “I have never been more excited, determined, and motivated for any challenge in my career,” Bradley said, speaking after Defoe.

“It’s going to be a great season.”

Bradley is also going to be paid more than he ever has been before, reportedly a six-year deal for $36 million.

He had been told by Canadian internationals such as Paul Stalteri and Rob Friend what an incredible city Toronto was. “The chance to build something special in this city…I knew it was an opportunity I didn’t want to pass up,” Bradley said.

TFC general manager Tim Bezbatchenko described Defoe as “decisive in the box,” and a “lethal finisher.” He described Bradley as a “winner, leader, and true student of the game.”

TFC’s squad will look very different from last year’s. With Defoe and fellow designated player signing Gilberto, 24, from Brazil’s Serie A, scoring goals should not be the problem.

The Reds also brought back Canada’s all-time leading scorer Dwayne De Rosario to provide some leadership, experience, character, as well as a creative influence that can drive the attack.

Toronto FC have failed to make MLS playoffs in their seven years of existence. Last season, TFC finished with the third worst record in MLS, an improvement from the 2012 campaign in which they finished dead last by a wide margin.

Leiweke said at the start of his press conference, “Nothing is won today.” Yes, much hard work lies ahead for Toronto FC, but hope and optimism has never been this high in the club’s seven-year history.