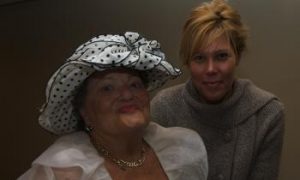 'It's magnificent,' Says Octogenarian of Spectacular
0 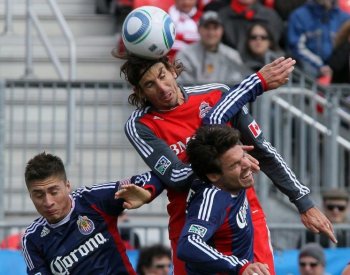 After moving superstar Dwayne De Rosario to the New York Red Bulls on April 1, Toronto FC threw away two points in a 1–1 draw at home to winless Chivas USA.

Toronto FC’s new captain Maicon Santos had a goal annulled for offside in the first half and he then squandered a glorious chance in the second half after rounding Chivas USA’s keeper on a breakaway.

“It’s a pity that we tied,” said Toronto FC head coach Aron Winter. “I think it wasn’t offside, I think it was really a goal.”

In return for De Rosario, Toronto FC welcomed central midfielder Toni Tchani and left back Danleigh Borman into the starting lineup. The lineup will need some time to adapt with the significant changes and to that effect, Chivas USA began very brightly scoring in the third minute and dominating the early play.

But Toronto FC gradually found its way back in to the game. Alan Gordon, playing against his former club, smacked the post with a header before putting one home off a free kick from Jacob Peterson shortly after the half hour mark.

“He scored a nice goal,” Winter said about Gordon’s equalizer. However, Winter was disappointed with the overall effort. “We were not focused, but after that we played some parts of the game well, other parts less.”

Last week’s two-goal hero, Javier Martin, was also due for his share of criticism. “Today, was not so happy with him. He could do more,” Winter said.

Toronto FC’s designated player and Canadian international Julian de Guzman saw his first action of the season playing the second half. Recovering from a knee injury, de Guzman did well in the centre of the park and will be a key part of Winter’s tactical vision.

“Everybody knows what kind of player he is,” Winter said of de Guzman.

Against a team like Chivas USA that is predicted to finish near the bottom of the Western Conference, Toronto FC must be disappointed that it didn’t take the three points from this encounter. After a very manageable start to the season—facing two expansion teams and another team that failed to make the playoffs last season—Toronto FC has taken four points from three games.

Things begin to get more difficult for the Reds as they travel to San Jose next. Then the L.A. Galaxy and David Beckham come to town for a match on Weds. Apr. 13.

Dwayne De Rosario suited up for the New York Red Bulls last Saturday night against the visiting Houston Dynamo, a former club of his.

Introduced as a substitute in the second half, De Rosario fed a perfect pass to winger Dane Richards who worked his way into the area and scored with a right-footer into the far side of the net.

But despite New York’s star-studded lineup, the Red Bulls were unable to claim the three points as goalkeeper Bouna Coundoul was caught out of his net and Cam Weaver popped it home in a classic example of “Route-1 football.” The game ended in a 1–1 draw.

On the West coast, the game of the season so far featured a 3–3 draw between the host Vancouver Whitecaps and Sporting Kansas City. The team formerly known as the Wizards took a three-goal lead and held a two-goal lead as the game went into second half injury time.

But two goals from Brazilian striker Camilo in injury time got Vancouver the miraculous draw. Also notable was Canadian-born Teal Bunbury’s two-goal effort. Bunbury has chosen to pursue his international career with the United States.