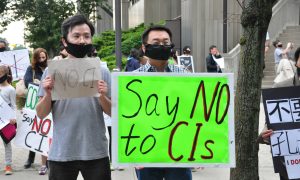 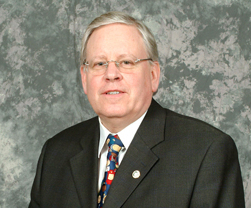 In a surprise move, Toronto District School Board (TDSB) chair Chris Bolton resigned from his post on Friday.

Bolton said in a statement that he is resigning immediately, effective 5:00 p.m. on Friday.

“For personal reasons, I am leaving a role, to which I aspired over twelve years ago, as the essential policy role for an educator,” Bolton wrote.

Bolton worked as a teacher and principal for over 30 years and became a trustee with the TDSB in 2003.

Bolton had said earlier that he would not seek re-election this fall. His resignation, however, comes only two days after a TDSB committee voted to suspend TDSB’s partnership with Confucius Institute, an educational organization controlled by the Chinese communist regime. Bolton had been instrumental in signing the partnership.

Confucius Institutes are branded as promoting Chinese language and culture, but have been cited by intelligence agencies as organizations used by the Chinese regime to extend its soft power.

The TDSB trustees had originally voted to sign a deal to work with the institute in Toronto. However, due to an outcry by some parents and human rights activists, a TDSB committee voted on June 11 to suspend the partnership pending further investigation. The suspension needs to be discussed and voted on during the full board meeting on June 18 before implementation.

Bolton also faced controversy over reports that he directed funds intended for Ryerson Community School to a charity he ran before he was a trustee.

In a 2005 letter obtained by the Globe and Mail from lawyers representing TDSB to Bolton he is also asked to repay $3,250 worth of “unauthorized commissions” paid to his charity for managing the donations.

In a statement announcing Bolton’s resignation, TDSB director of education Donna Quan said she will continue to work with TDSB vice chair Mari Rutka while the board considers how to go about appointing a new chair.