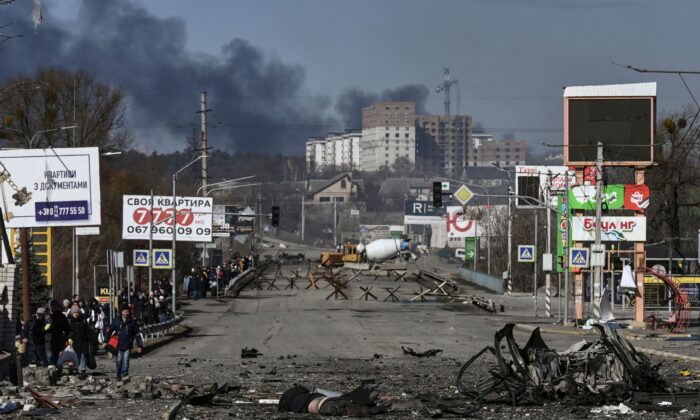 Despite calls for weeks to enforce a no-fly zone over Ukraine, another top U.S. official on Thursday rejected that proposition by saying that it wouldn’t work.

Defense Intelligence Agency Director Lt. Gen. Scott Berrier told a Senate hearing that a NATO or U.S. no-fly zone wouldn’t protect against many of the weapons that Russian forces are using.

The Russian military is using “a combination of mostly missiles, artillery, multiple rocket launchers,” and “there are some precision-guided munitions that are being dropped from aircraft, but that number is small,” Berrier told Sen. Angus King (I-Maine).

Since the start of the Feb. 24 conflict, Ukrainian President Volodymyr Zelensky has often called for a NATO no-fly zone and has gone so far as to criticize NATO nations and the United States for not doing so. White House officials and NATO Secretary-General Jens Stoltenberg have rejected the idea.

On Wednesday, Zelensky again requested a no-fly again after blaming Russia for bombing a maternity hospital in Mariupol. Through state-run media, Russian officials denied bombing civilians in the incident.

Russian Defence Ministry spokesman Igor Konashenkov told state-run media on Thursday that claims of the airstrike on Mariupol are a provocation, saying the air force performed “absolutely no tasks” in the city.

“The alleged ‘airstrike’ that took place is a completely orchestrated provocation to maintain anti-Russian hype among the Western audience,” Konashenkov said.

The Epoch Times could not independently verify claims made by either Russia or Ukraine regarding the hospital strike.

Stoltenberg and others have said that in order to enforce a no-fly zone, it would entail American or NATO planes to engage Russian jets, which would likely escalate the conflict.

The move, he said this week,  would be “even more dangerous, destructive and deadly for Ukraine and for all of us.”

The United States on Tuesday rejected a surprise offer by Poland to transfer its Russian-made MiG-29 fighter jets to a U.S. base in Germany and put them at the disposal of the United States as a way to replenish Ukraine’s air force.

Poland’s prime minister said on Wednesday that any supply of fighter jets to Ukraine must be done jointly by NATO countries.

U.S. military officials announced that two Patriot surface-to-air missile batteries would be deployed in Poland this week amid fears that a stray Russian missile might be fired outside Ukraine.