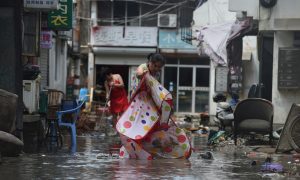 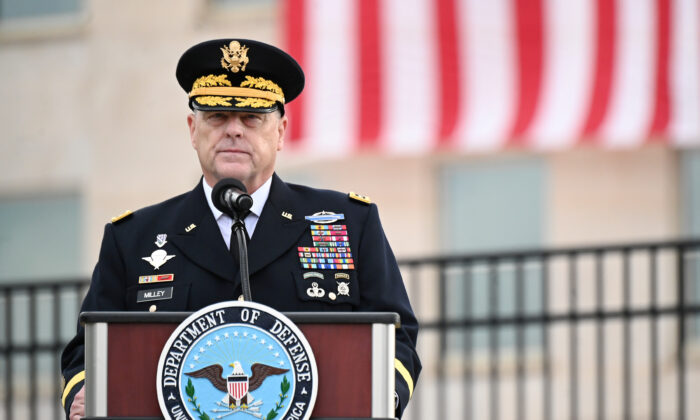 Chairman of the Joint Chiefs of Staff General Mark Milley gives remarks during the 19th annual September 11 observance ceremony at the Pentagon in Arlington, Va., on Sept. 11, 2020. (Erin Scott/Reuters)
World

WASHINGTON—The world may be entering an era of “potential international instability” with the increasing threat of the Chinese regime and the advent of disruptive technologies such as artificial intelligence and robotics that could prove decisive to warfare, the top U.S. general warned on Wednesday.

Army General Mark Milley, chairman of the Joint Chiefs of Staff, compared the current era to other major geopolitical shifts in world history, including the fall of Rome and the collapse of the Soviet Union.

“We are entering a period of potential international instability,” Milley said in an address at Howard University. Milley said that threat of the Chinese regime was changing the status quo after decades in which the United States essentially was “the unchallenged global military, political and economic power.”

He warned that the geopolitical change was being accompanied by technological innovation in robotics, hypersonic weapons, artificial intelligence and other technologies.

“And they are extraordinarily disruptive and potentially decisive in the conduct of war,” Milley said.