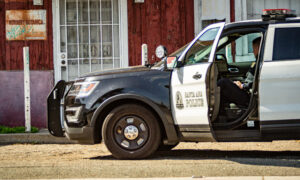 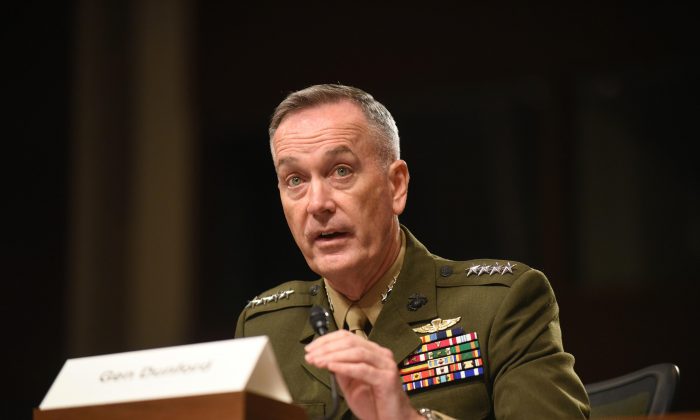 Top US General Says Committed to Working Through Difficulties With China

BEIJING—There are many difficult issues between the United States and China but both share a commitment to work through them, the United States’ top general said on Tuesday during a visit to Beijing amid tensions over nuclear-armed North Korea.

“I think we have to be honest. We have many, many difficult issues where we don’t necessarily share the same perspective,” Joseph Dunford, Chairman of the U.S. Joint Chiefs of Staff, told Fang Fenghui, chief of the Joint Staff Department of the People’s Liberation Army.

“We share a commitment to work through these difficult issues,” he added, without elaborating.

Fang said China attached great importance to his visit and had arranged a visit for him to view a military exercise.

There was no mention of specific issues in comments made in front of reporters.

The United States has called on China to do more to rein in its isolated neighbor North Korea, while China has said it is Washington that needs to be making more efforts to lessen tensions and speak directly to Pyongyang.

North Korea’s leader has delayed a decision on firing missiles towards Guam while he watches U.S. actions a little longer, the North’s state media said on Tuesday, as South Korea’s president said Seoul would seek to prevent war by all means.

China and the United States, the world’s two largest economies, say they are committed to having a stable military-to-military relationship, but there are deep fault lines.

China has been angered by U.S. freedom of navigation patrols near Chinese-controlled islands in the disputed South China Sea and continued U.S. arms sales and support for self-ruled Taiwan, which China claims as a wayward province.

The United States has expressed concern about what it calls unsafe intercepts of U.S. aircraft by the Chinese air force and a lack of transparency in China’s military spending, China being in the midst of an ambitious military modernization program.

By Michael Martina and Ben Blanchard