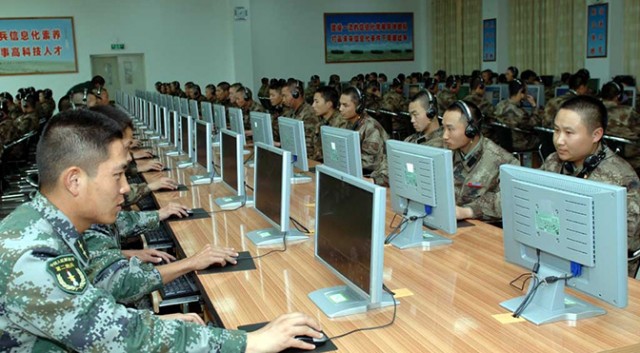 SYDNEY—Australia’s top-ranked university on Friday said it had spent several months fighting off a threat to its computer systems, which media said had been compromised by Chinese hackers.

Repeated allegations of hacking and internet spying have contributed to a recent chill in Sino-Australian relations, just as they have long strained ties between the Chinese Communist Party and the United States.

Networks at the Australian National University in Canberra, which is home to several defense-focused research units, were breached “months ago” by attackers whom authorities traced to China, said Channel 9 television and Fairfax Media websites, citing “multiple” unnamed security and intelligence sources.

In a statement, ANU said it believed no staff, student or research information was stolen as a result of the latest “threat”, which it has been working to contain “for several months”.

The government said “nation states and criminal groups” were known to target universities to steal intellectual property, without naming China or identifying the source of the attack.

The government was “working closely” with the university on the matter, a spokeswoman said in an email.

China has consistently and strongly denied being involved in any hacking attacks and its embassy in Australia, as well as the foreign ministry in Beijing, did not immediately respond to a request from Reuters for comment.

The news comes as tension flares over new Australian laws that seek to curb foreign interference, measures Prime Minister Malcolm Turnbull has said were adopted to allay concerns over Chinese influence in politics and universities.

Australia’s cyber security agency has also previously blamed a foreign intelligence service, without identifying it, for a 2015 malware attack on the weather bureau.

“We don’t have information on this specific incident (but) organizations which conduct research with defense applications are regularly targets of advanced cyber attacks,” said Tim Wellsmore of cybersecurity firm FireEye Inc.

However one intelligence source told the ABC that was a “bold statement to make” considering the threat was still active, and that sentiment is shared by Peter Jennings, the executive director of the Australian Strategic Policy Institute.

“I can tell you that is ultimately to be shown to be incorrect,” Jennings said.

“My sense is that it would be impossible for a sophisticated Chinese entity to be operating on the ANU system and not get value out of it.”

In recent years media have attributed the weather bureau attack and the theft of spy-office blueprints to China-backed hackers, as a growing wave of cyber attacks targets businesses and military in the close U.S. ally.

In 2017 the government also admitted that a hacker stole 30 gigabytes of non-classified data about Australia’s Joint Strike Fighter program, as well as other military hardware.